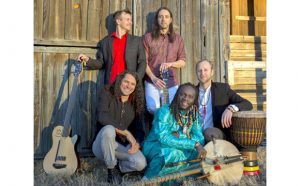 “Mali Vibes” an evening of West African music, refreshments and dance introduces a new venue of entertainment to the Greater New Bern Area October 19th…Diali Cissokho & Kaira Ba. For the past decade, kora player and singer Diali Cissokho has called North Carolina home. Hailing from a long line of Senegalese musicians and storytellers known as griots, Cissokho made the transatlantic move to Pittsboro with his wife. Shortly afterward, he formed the band Kaira Ba which blends the traditions and rhythms of West African music with subtle timbres of the American South. Their music is a fusion of polyrhythmic percussion, plucky electric guitars, and sprinkles of pedal steel and electric organs. 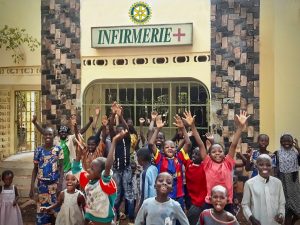 This benefit concert supports the City of Children’s Clinic in Bamako, the capital of Mali, Africa.  Bamako has about 6,000 street children who have had no access to health care. Most of these children had never before been seen by a physician. They lacked hygiene, sanitation, clean drinking water, and were suffering from malnutrition. Arts to End Genocide (ATEG), a New Bern based 501(c) 3 which helps African children, partnered with Rotary International and New Bern Rotary Clubs to open this free children’s clinic. During this past year clinic doctors have examined and treated thousands of children for a variety of illnesses, from foot related diseases to malaria, and have saved many lives.

Mali Vibes will be held at the Epiphany School of Global Studies, Saturday. October 19th. Doors open at 7:00 PM and the concert begins at 7:30 PM. Tickets are $25 in advance, and $30 at the door and are available now in New Bern at The Bank of The Arts, Mitchell’s Hardware, Fuller Music, or can be purchased online at eventbrite.com