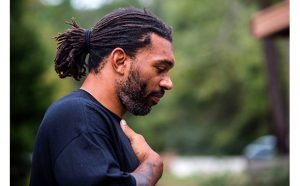 The United Way of Coastal Carolina received a big gift from Carolina Panthers veteran defensive lineman Julius Peppers for hurricane relief in the most devastated part of his home state.

“United Way of Coastal Carolina wishes to express our sincere appreciation to Julius Peppers, the Carolina Panthers and the Foundation for the Carolinas for their generosity in supporting our communities as we recover from Hurricane Florence,” UWCC executive director Sandra Phelps stated. “This gift had a positive and immediate impact for many individuals and families in our area who are recovering from devastating losses.”

The United Way of Coastal Carolina had its beginnings in the Coastal Carolina area in 1957. What started as just a fundraising organization many years ago, has developed into an organization focused on measurable, long-lasting results focused on the local community’s most compelling needs. Education, Income and Health are the three major areas of focus. Currently there are 14 funded programs serving individuals in Carteret, Craven, Jones and Pamlico Counties. Funds are raised locally to fund local programs. For more information visit www.unitedwaycoastalnc.org.
Submitted by: Sandra Phelps, United Way of Coastal Carolina