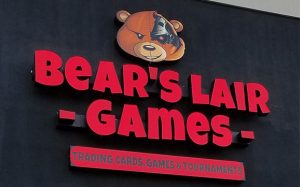 The workshop is free, and is open to anyone and everyone.  Historical games are fun for historical reenactors, strategy game lovers, SCA members, Renaissance Festival performers, and anyone who enjoys a good game.

This is the fifth of a series of workshops in which instruction is offered in a “game of the month”, including free sheets of instructions, with the design for the gameboard on the back, so that participants can continue to play the games at home.

Simon brings gaming equipment to each meeting, and offers instruction in the featured “game of the month”.  This month’s game is Yote, a game that was and still is popular in Senegal and Mali.  Yote is similar to Checkers, but with several twists:  rather than starting with the playing pieces on the board, the players take turns placing them on the board.  Placing all the pieces on the board before moving is not compulsory, nor advisable; a wise player will keep a few pieces “in hand” to drop into the game later.