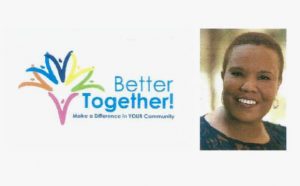 Historical Dryborough Neighborhood Association and Preservation Management will present Mable Singleton Murrell a former resident of James City, and author of the book, “Blessing To Be Blue”. This program spotlight Craven Terrace and Dryborough, two African American neighborhoods that have been placed on the National Register of Historic Places. An Architectural Historian and Planning Consultants have been hired to design interpretive Signs, and a walking tour brochure to identify and explain the significant historic events within the Dryborough/Craven Terrace area.  Dryborough was platted in 1806 by Benjamin Smith and his wife Sarah Dry Smith, It was to become the second town in Craven County. It was never incorporated, and was annexed to New Bern.  Benjamin Smith became the Governor of North Carolina in 1810, and his house is on Hancock Street in New Bern. Dryborough was destroyed by the

1922 Great Fire of New Bern. During the struggle period to rebuild, help came from the Federal Government to build Craven Terrace which was a safe attractive environment with parks and playgrounds.  Many young adults who were beginning their careers lived in Craven Terrace, and in later years built their homes in Dryborough. Others families moved to different towns and states.