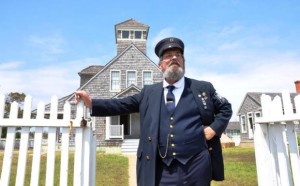 The average American has never heard of the United States Life-Saving Service, yet these men were stationed on all of America’s coastlines and saved hundreds of thousands of lives from 1871-1915.

As site manager of the Chicamacomico Life-Saving Station Historic Site and Museum, Charlet will focus on the 1918 rescue of the British tanker SS Mirlo, which was attacked by a German submarine near the end of World War I. The rescue was launched from Chicamacomico Station in Rodanthe on Hatteras Island and it would become the most highly awarded maritime rescue in American history.