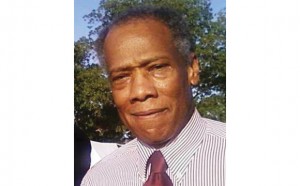 Attorney Bernie Siler will open Tryon Palace’s African-American Lecture Series on Thursday, Jan. 17, with a journey across the inspiration and historical impact of the Emancipation Proclamation. Forever redefining the lives of African-Americans in the North and South, Abraham Lincoln’s Emancipation Proclamation celebrated its 150th birthday earlier this month on Jan. 1.

Siler’s lecture, entitled “The Emancipation Proclamation,” will delve into Lincoln’s early experiences with slave auctions, as well as legislation he supported during his one term in Congress. It will become clear during this lecture that Lincoln’s political position upon taking office was not that of an abolitionist, but as a free solider that opposed the spread of slavery to other territories. Siler will also touch on the legal authority for issuance of the proclamation, its legal effect and the military consequences. Regarding the latter and the advent of African-American soldiers joining the fight, Siler will also discuss the unique hardships, inferior weapons and food that those soldiers endured.

Ultimately, Attorney Siler will show how Lincoln’s political views merged with his personal views just prior to his untimely death.

Funded by a generous grant from the Bate Foundation, this free event is the first of seven to be presented during Tryon Palace’s 2013 African-American Lecture Series. Each event will be held at 7 p.m. inside Cullman Hall, located in the North Carolina History Center. For additional information about this event call Sharon Bryant at 252-639-3592 or visit www.tryonpalace.org/calendar.