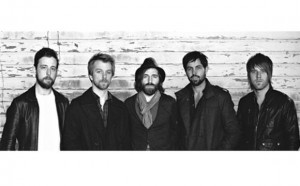 Crowfield is set to play New Bern, NC, for the first time in several years on Thursday September 7th, 2012 with an album release party at Broad Street Social Club.

Crowfield blends Infectious, charismatic rock with elements of Americana, alt-country, and pop and has been captivating audiences across the U.S. with an engaging stage presence and insightful and poignant lyrics. Frontman Tyler Mechem formed the band that would come to be known as Crowfield when he relocated to Charleston, SC in 2005 from Indiana. In 2008, they caught the ear of acclaimed producer Rick Beato (Shinedown, Needtobreathe, Crossfade, Trey Anastasio, Stuck Mojo, Charlie Mars). Crowfield’s debut album “Goodbye, Goodnight, So Long Midwestern” (Ten Star Records) soon followed and won the band a legion of fans with it’s stripped down focus on rock and alt-country.

Crowfield’s third album features a return closer to the band’s original sound. The album, also produced by Beato, features everything from ethereal acoustic solo numbers like “Measure of a Life” to soaring radio ready tracks full of horns and strings like “Catching Up” to the rock of “Mistake” and “Black Hills.” Formerly signed to Universal Records, Crowfield is full of broad commercial appeal and is currently on tour across the United States. 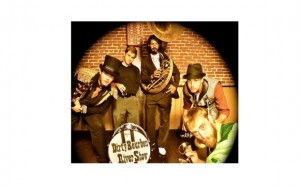