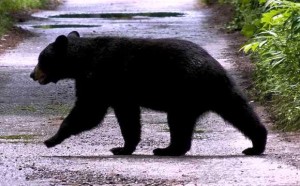 “Scouring the Planet for the Best Places to Eat, Sleep and Conquer”

Ever since meeting New Bern’s Bo Bissett, I’ve been living vicariously by following his daily trials and tribulations on his website: Globetrekk.in!

Bo left New Bern in April 2012, on a personal crusade to ride his bicycle across the United States to meet the people, cultures, and wonders of small towns in America.

During his “Journalist adventure”, Bo’s writes about his coast to coast expedition on www.Globetrekk.in so we can learn about the “people, places, and activities off the beaten path”.

He wants to “show people alternatives to sitting in front of the TV or computer” – Bo Bissett.

Reading Bo’s daily encounters is much more entertaining and educational than any of the prime time reality shows on television!

Check out his adventures as you may be planning to visit the towns that he’s written about. Bo also welcomes suggestions of places to visit as long as they are close to the route he is traveling.

Bo started his expedition without any money! He writes restaurant and lodging reviews for a free meal and a place to stay on his website. Talk about win-win!

After two months on the road, he realized that his effort to take on a penniless venture has been an uphill challenge, especially for bike repairs and other unforeseen circumstances. So he decided to use a donate button to “Fund the Trek” on his website for anyone who would like to help him out.

We pay for movies, books, why not entertainment and adventure for someone who has hit the road on a bicycle to travel across America? Think about skipping a cup of coffee for the day and donating a few dollars to fund the trek.

Learn more about Bo Bissett by reading our interview with him: https://newbernnow.com/2012/04/new-bern-man-vs-usa-on-bike.html.

Photo of bear and video provided by Bo Bissett.

Special thanks to Bo Bissett for sharing your stories, photos, and videos about small towns in America with us! I wish you happy travels and look forward to reading more!