Eagle Scout is the highest rank of the Scouts BSA (formerly Boys Scouts of America). It takes years of hard work, service, and determination to become an Eagle Scout. Only 6% of Scouts earn the Eagle rank. Daniel joins this small fraternity that many in later life become community leaders, prominent service personnel, captains of industry and finance, astronauts, United States senators.

Daniel’s last task for prior to approval by Southern District Eagle Board of Review for Eagle was to present the outcome of his Eagle Project. The following is a summary of his project, Emergency Kits for Type 1 Diabetes. 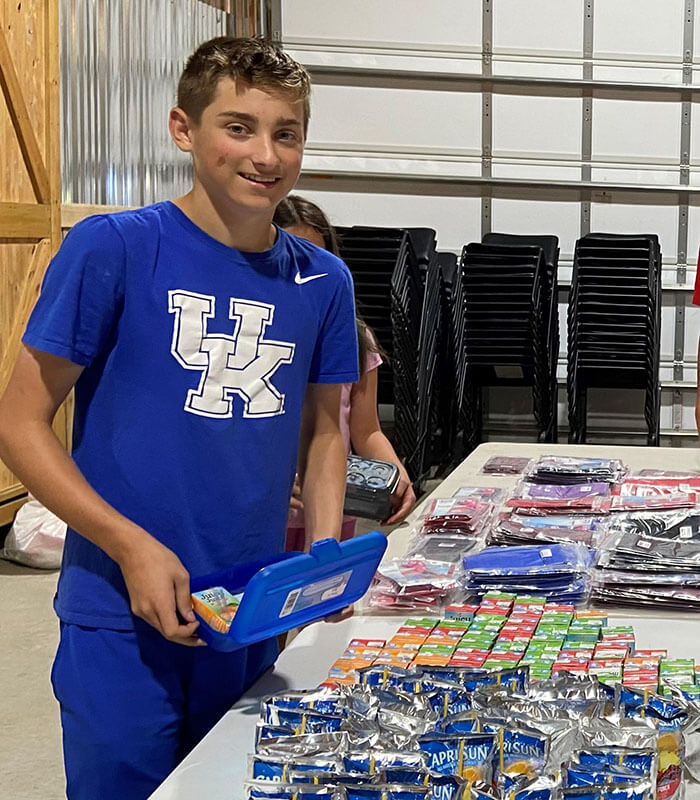 “On July 5, 2020, 13-year-old, Boy Scout, Daniel Fahey was diagnosed with Type 1 Diabetes (formerly called Juvenile Diabetes), an autoimmune disease that can occur at any time during a person’s life. As he prepared for the highest rank of Eagle Scout, he desired to help other recently diagnosed children with Type 1 Diabetes through his Eagle Project.

He decided to create and donate 100 Emergency Kits that include: one brand name backpack, food for low sugar correction in emergency situations and a reusable cooling bag to hold insulin on hot days to Maynard Children’s Hospital in Greenville, where he had been diagnosed. Each kit holds a value of $38, making his total project cost $3,800. To gather donations, he created an Amazon Wish List, held a car wash, and asked local stores for donations.”

“The generosity of the citizens and companies of Eastern NC and around the world (one donor lives in Germany) poured out as Daniel raised funds and he was able to create 200 emergency kits, valued at $7,622.34.”

“He and his Boys Scout Troop packed the kits on his one-year anniversary, July 5, 2021, and Daniel was awarded the rank of Eagle Scout during Type 1 Diabetes Awareness Month in November 2021. His project will touch the lives of newly diagnosed children with Type 1 Diabetes for the next 2 years. He hopes that the bags will offer newly diagnosed children comfort and encouragement as they begin to learn how to manage the daily challenges of living with a lifelong autoimmune disease”. (Courtesy, Mrs. Amanda Fahey).