Historically, Swiss Bear’s revitalization program was based on building partnerships to assist local governments with funding for downtown public improvements and projects that promoted the general interest and quality of life for visitors and Craven County residents including public access to the Trent and Neuse waterfronts.

The redevelopment of Union Point Park and Council Bluff Green which were two of those projects.

Council Bluff Green is a two-block long waterfront promenade along the Neuse River to the north of Broad Street. It was here on a “bluff of the Neuse” that the Tuscarora people, of the village Chatawka, met in council to settle tribal affairs long before the arrival of Baron Christopher de Graffenried and his European settlers. It is the site where the King of the Tuscarora to meet Baron Christopher de Graffenried for formalize, in solemn ceremony, the transfer of land from the Chatawka village for the settlement of the Swiss and German colonists between the Trent and Neuse Rivers.

In the 1930s, when this waterfront promenade between Broad and Change Streets was developed, community leaders recognized the key role the East Front Street river played in New Bern’s history and named it Council Bluff Green. However, by the 1990s, the neglected waterfront park had deteriorated and was in need of major repair. The sidewalk and retaining wall systems were cracked and uneven, and the lighting, benches, trash receptacles and seating areas needed to be upgraded and landscaped improved and its name was long forgotten.

In 1997, the new Neuse River Bridge was under construction and its completion in the fall of 1999 required the removal of the old Neuse River Bridge at the end of Broad Street. Improvements to this waterfront promenade would serve as a catalyst to promote public access and development of the adjacent waterfront properties including the bridge approach area and three privately owned properties to the south of Council Bluff Green.

At the November 27 Swiss Bear Board meeting, the Swiss Bear Executive Director pointed out the redevelopment of this promenade was key to the completion of the northern section of the City’s waterfront Riverwalk and presented the Board with a proposal, plans and drawings, developed by Dick Smith, Smith Design Group, of improvements to the Neuse River waterfront requesting support and approval to initiate another fundraising campaign to help fund the improvement project.

The Pave the Way campaign would raise funds by selling bricks, pavers, sections of aggregate, urns, lighting and benches and at the end of the campaign the monies raised would be turned over to the city who would then bid the project out and oversee its construction.

When the Executive Director and Swiss Bear Executive Board members met with Bill Hartman, City Manager and the Board of Aldermen with the proposal, the board was hesitant to give their approval due to the City’s commitment to three major projects: construction of a new police station, redevelopment of Union Point Park and major streetscape improvements to the 300 block of Pollock Street improvements which prevented their ability to provide any funds for the project other than $48,000 earmarked for critical stabilization work, and if approved, a $50,000 grant from the NC Coastal Waterfront Access Program (CAMA). Their concern, if we were not able to raise the additional $150,000, they would be forced to appropriate the monies needed to complete redevelopment of the park.

In an October 2, 1998 letter to Mike Avery, Director of Planning and Inspections, Donna Moffitt, Director of the NC Department of Environment and Natural Resources, congratulated the City as a recipient of a $50,000 grant, and stated “the project should be completed just as it was in the proposed development plans unless modified by mutual agreement.”

By March 1999, over $120,000 was raised. Major contributors included Craven County, Rob and Claudia Hubbard, the Kellenberger Historical Foundation, and the Swank Foundation.

In April, Swiss Bear and the City was caught off guard as controversy arose when members of the Historic Preservation Commission (HPC), unhappy they were not heavily involved in the planning process, raised concerns during the pre-application process for a Certificate of Appropriateness (CA) regarding the original design, number of light fixtures and trees. The controversy intensified in May when the project, in a 6 to 3 vote by HPC members, was denied a CA based on issues with the palette of materials, lights, trees and benches and the project was stalled.

Many residents of the Council Bluff Green neighborhood offered support, those who contributed to the campaign were unhappy with the HPC’s decision and several residents saw it as an opportunity to promote their own personal agendas. Tensions grew between the Department of Public Works Department, in charge of the construction and the Planning Department and its HPC board members.

Letters to the editor complained, “the project had too many trees and benches … the only publicized plans were concept boards and the plan on the fundraising brochures …city and Swiss Bear put the cart before the horse, prior to selling bricks the concept should have been brought before the HPC from the beginning.”

Many defended Swiss Bear, questioning “the motives of the critics… the project had been endorsed and sanctioned by the City, New Bern Historical Society, New Bern Preservation Foundation, New Bern Chamber of Commerce, Tourism Development Authority and Craven Arts Council and Civic Theatre from the start of the campaign and the concept/plans were well-known…let’s move out from the power play.”

To move the project forward, Smith Design Group modified the plans and Swiss Bear resubmitted them in June to the HPC. With fewer trees and lights and the exposed aggregate concrete along the promenade sandblasted to soften its appearance, the project received HPC’s approval. The City put the project out for bids awarding the contract to low bidder, L. R. Thomas & Sons, Inc. Delayed by Hurricane Floyd, construction began in late fall. The Pave the Way campaign raised $165,000 and officially ended in August.

The success of the campaign/project like many others was due to the high level of participation and support from local government, area organizations, businesses and the community-at-large. 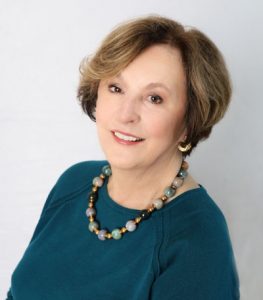