Friday night, mostly clear, with a low around 49. Northwest wind around 11 mph, with gusts as high as 17 mph.

Saturday night, clear, with a low around 52.

Sunday night, partly cloudy, with a low around 63.

Monday, partly sunny, with a high near 86.

Monday night, mostly cloudy, with a low around 69.

For the fun of it

Renting a chicken is a real thing. People rent chickens for a variety of reasons like laying eggs, emotional support, teaching children how to care for animals, try renting before buying, to name a few. According to National Geographic, the industry spiked during the pandemic. 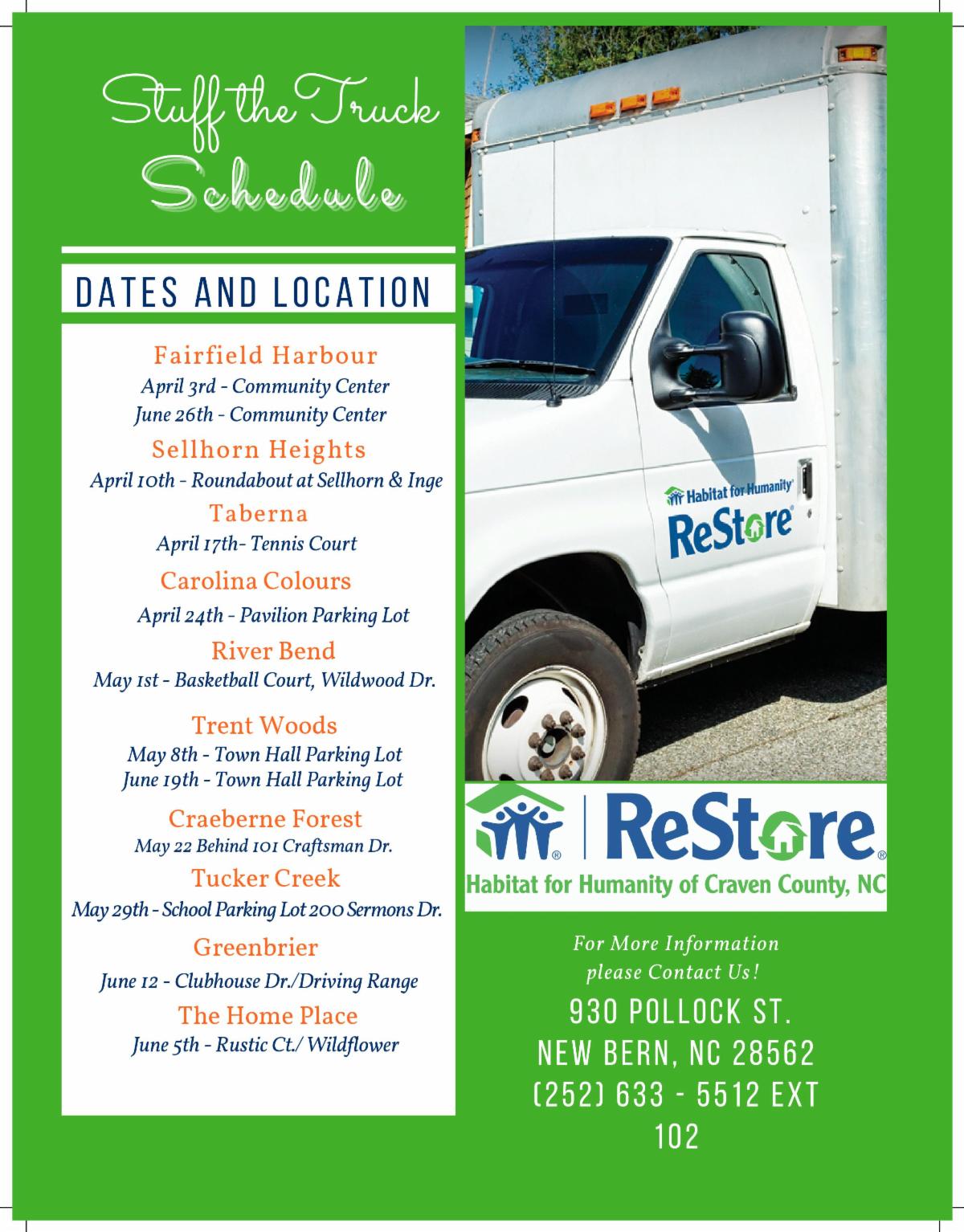 ReStore’s STUFF THE TRUCK event is coming to your neighborhood on a Saturday in April, May, or June, absolutely free. They are looking for “Stuff” that you no longer need or want that could find a new home rather than end up in the landfill. Staff and volunteers will be available to help unload and tax receipts will be given for your donation. Let us help you do some Spring Cleaning while you help to build more Habitat for Humanity homes with eligible families in Craven County.

The ReStore truck will be at the locations listed on the flyer from 9 to 11:00 a.m. and on the dates listed.

On April 30, 1864, Federal troops partially burned the town of Washington in Beaufort County.

Washington was first occupied by the Federals in March 1862 following the fall of New Bern. Although many of the inhabitants fled before troops arrived, those who remained were generally strong supporters of the Union.

In March 1863, Confederate Maj. Gen. D. H. Hill laid siege to the town in an unsuccessful effort to recover it for the Confederates.

As a result of Brig. Gen. Robert F. Hoke’s capture of Plymouth on April 20, the garrison received orders to evacuate the town on April 26. Hoke’s forces laid siege to Washington on April 27. Beginning that night and continuing for the next three days, Federal troops looted and vandalized the town.

As the last of the troops prepared to board ships on the afternoon of April 30, fires broke out across the town. At least half of the settlement was destroyed, leaving many of the inhabitants destitute and homeless.

The conduct of the departing Federal garrison was harshly condemned by both the Confederates and by Brigadier General Innis Palmer, Federal commander of the District of North Carolina.