Patchy fog before 8 a.m. Otherwise, mostly sunny, with a high near 75. Calm wind becoming south 5 to 7 mph in the afternoon.

Wednesday, a slight chance of showers, with thunderstorms also possible after 1 p.m. Mostly sunny, with a high near 77. Light south wind becoming southwest 9 to 14 mph in the morning. Winds could gust as high as 20 mph. The chance of precipitation is 20%.

Wednesday night, mostly clear, with a low around 39. Northwest wind 9 to 14 mph, with gusts as high as 20 mph. 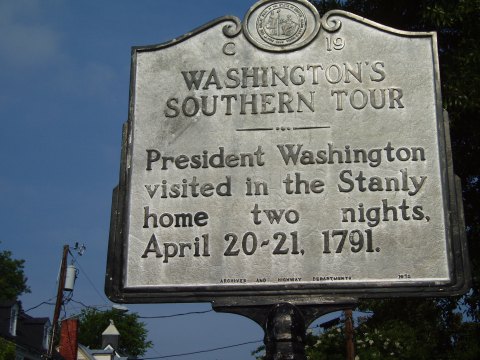 In 1791, the federal government was new and so was the presidency. Washington had been elected only two years before in February 1789, and North Carolina had become part of the Union in November of the same year.

Like any political move, the formation of the United States was seen with much skepticism from both citizens and government leaders. Washington’s tour of the Southern states allowed him to explore the nation he led, giving him the opportunity to promote national unity among its people. In his diary, Washington reported details about the geography of the states, exports such as tobacco and the attitudes of the citizens.

Washington’s visit was warmly received by New Bernians. During his two-day stay, the president dined at Tryon Palace and attended a “dancing assembly” with about 70 ladies. He also visited many of New Bern’s well-known citizens including John Wright Stanly, John Sitgreaves and Richard Dobbs Spaight.

On April 19, 1585, Algonquian Indians Wanchese and Manteo set sail aboard the English vessel The Tyger to return to the Roanoke Island region. The Indians had sailed to England in 1584 with Arthur Barlowe and Thomas Harriot. They caused a sensation when they were presented at the English Court.

While in England they were hosted by Sir Walter Raleigh at the Durham House. There they met with Thomas Harriot and, over the course of several visits, taught him the Algonquian language. Wanchese, unlike Manteo, was not curious to learn English.

Wanchese remained suspicious of English motives and the English in general and eventually thought of himself as a captive rather than a guest. These ill feelings would cause trouble for the colonists once he returned to Roanoke.

The Tyger raided Spanish shipping lines during the voyage to America and forcibly exchanged goods with Spanish traders on Puerto Rico, where the ship waited to reunite with its fleet. From there the vessel continued on to Roanoke, arriving near Ocracoke Inlet in June 1585.

Wanchese slipped away from English control in early July. He urged resistance to the settlers, setting himself at odds with the English and Manteo.

On April 20, 1971, the Supreme Court issued its opinion in the Swann v. Charlotte-Mecklenburg Board of Education case, allowing for school desegregation by busing. 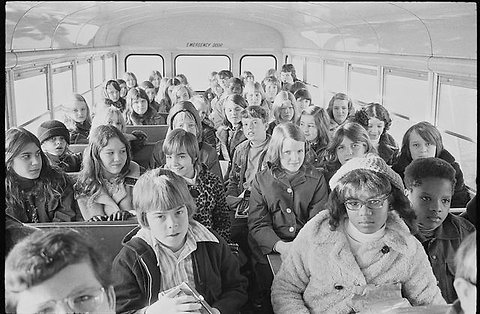 In 1965, attorney Julius L. Chambers filed suit on behalf of 10 pairs of African American parents who contended that the Charlotte-Mecklenburg Board of Education’s assignment plan did not sufficiently eliminate the inequalities of the formerly segregated system. The board tried to redo the assignment plan, but the plaintiffs argued decades of discrimination could only be undone through extensive busing. Federal district court judge James B. McMillan agreed.

Disagreements between the board and McMillan on the specifics of the plan landed the case in the Fourth Circuit Court of Appeals, which reaffirmed McMillian’s decision with qualifications. The school board and plaintiffs appealed to the U.S. Supreme Court, which unanimously reaffirmed the ruling in April 1971.