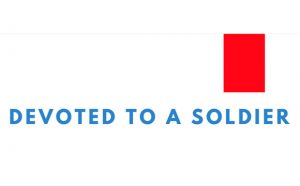 *Resource panel focusing on the use of the arts during transition, moderated by Dick Liberty Show.  Special panelist: Thomas Gabriel

*1:1 interview for Devoted to a Soldier documentary: Giving veterans the voice to lead other veterans.

The producer of Devoted to a Soldier, Dani Rocco, watched her Marine son come back from active duty and fall into all the cracks. As a relationship coach for years, Dani felt the need to move the wisdom and experience she gained in helping her son move through his reintegration into tools for family and loved ones of those suffering from own transitions. Rather than bringing another faceless, empty documentary to the Veteran community, Dani and her team have created a community and culture to bring value and content. Devoted to a Soldier is a multi-day documentary filming event that is spreading across the country. Dani and Team coordinate tools, Information, community resources, food and fun, with the nourishment of personal connections. These raw and unscripted interviews give our Veterans the voice to lead others through the transition from active duty to civilian. Devoted to a Soldier is a not-for-profit documentary Movement.

Reserve your tickets at devotedtoasoldier.com.

Reserve your tickets at devotedtoasoldier.com.

Submitted by: Dani Rocco, DEVOTED TO A SOLDIER