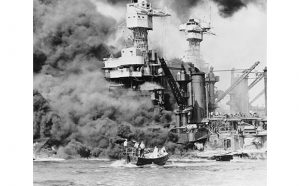 This event commemorates the 77th anniversary of the day Japanese airplanes attacked the United States Naval Base at Pearl Harbor in 1941. More than 2,300 Americans died during the attack that officially began the United States’ involvement in World War II.