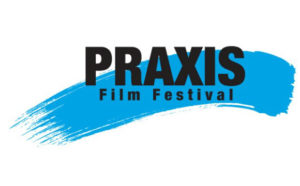 In its eighth year, the PRAXIS Film Festival returns to Goldsboro, NC, on May 4 – 5 to screen a multitude of independently produced full length and short narrative films, long and short documentaries and animated films in the restored historic Paramount Theatre in beautiful downtown Goldsboro.

Numerous high quality independent films produced by directors and actors from across the United States, Canada and the United Kingdom, celebrate filmmakers who bring ideas into reality on the big screen. The film screenings, to include Q&A sessions, are scheduled to run from 10 a.m. 10 p.m. on Friday and Saturday with breaks in between providing opportunities for filmmakers to share how and why they created their respective works of art.

To purchase tickets and review the complete schedule and film descriptions, go to the PRAXIS website: PraxisFilmFestival.org. or GoldsboroParamount.com.

For more information contact Founder and Director of Programming, Anita Croasmun at  919-723-7681.

Submitted by: Susan Moffat-Thomas on behalf of the Praxis Film Festival