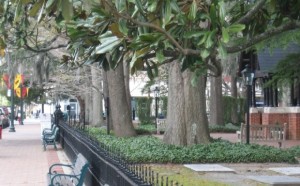 There are also all kinds of things to do in and around town. To name a few, take advantage of over 20 parks and 3 recreation centers maintained by New Bern Parks & Recreation and Craven County Recreation & Parks. Play disc golf at Glenburnie Park and Creekside Park, roller skate at Rollerland, go horseback riding at Equidae Farms (288-9706), or check out the Bear Towne Escape Room.

Tour the New Bern Civil War Battlefield Park. It’s not only for Civil War Buffs, but it’s a perfect place to take a walk in the woods (with your dog), picnic, or sit on a bench and watch the wildlife.

Take a walk in the woods in the Croatan National Forest. The forest’s habitat has carnivorous plants like the Venus flytrap, pitcher plant, sundew, butterwort, bladderwort among other exotic plants. The Croatan spans approximately 160,000 acres and is located in New Bern’s backyard. It’s a sanctuary for black bear, deer, wild turkey, quail, coyote, bald eagle, beaver, bobcat, porcupine, American alligator, red-tailed hawk, and other wildlife you may see. For maps and more information, talk to the people at the Croatan National Forest’s Ranger’s Station on Hwy 70 E (638-5628).

Listen to our latest Podcast from January 16th to hear more about the latest happenings in New Bern and Beyond:

If you don’t have time to listen to the entire episode, click here to see the show notes and listen to parts of the episode.

What are you doing this weekend?