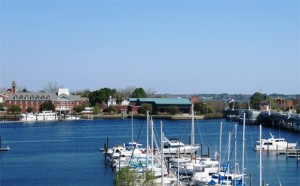 The Newcomers clubs across America acquired their roots for the most part from the Welcome Wagon founded in 1928 by Thomas Briggs of Memphis, Tennessee. Mr. Briggs was inspired by stories of early Conestoga “welcome wagons” that would meet and greet westward travelers, providing fresh food and water for the journey. He created Welcome Wagon and hired “hostesses,” women who were friendly and knowledgeable about their neighborhood, to personally deliver baskets of gifts supplied by local businesses to new homeowners/newcomers and tell them about local civic and cultural activities in the community (see WelcomeWagon.com/about-us).

Early Newcomers clubs were formed later with the support of the Welcome Wagon as well as the city chamber of commerce and women’s clubs as a way to continue helping new members become socially integrated into their new community.  With some internet research, the earliest Newcomers Club that could be found so far was the Fort Collins (Colorado) Newcomers Club organized in May 1937.  There are now scores of Newcomers Clubs across the United States, each organized and operated under their own rules and bylaws since there is no national association in the United States, unlike Canada who formed a national association in 1978.  Several clubs in the US remain women-only, while the majority of clubs now accepts both women and men.  Many clubs have a limited membership in keeping with the spirit of ‘newcomer’ while some have gone to a ‘newcomer for life’ membership such as the Cary (NC) Newcomers Club.  Other clubs have an Alumni group, such as New Bern, for those graduating after three years and who wish to continue organized social activities with the friends they made during their time in the Newcomers Club.

Here in New Bern, the Newcomers Club has grown to a sustainable annual membership of 300 newcomers who have found new friends and have quickly become informed, active citizens of the community with its rich history and culture. What better way to cap off our 30th year of service to the New Bern community, then a testimonial from one of our former members, Nancy Guadagnino, “We joined Newcomers when we moved to New Bern. This is the most fantastic group of people I have ever had the pleasure of knowing. We have made so many new friends and there is so much to do. This is truly a must for anyone moving to the area.”  So if you have recently moved to the New Bern area, please consider celebrating our 30th year in New Bern by joining this ‘fantastic’ group of people.  Starting in September, we meet on the 2nd Wednesday of every month at the Harrison Center at 7:00 pm (come early to register), visit our website at NewBernNewcomers.org, or view our Facebook page at Facebook.com/NewbernNewcomers for more details.