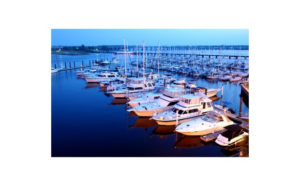 Under New Management with New Service and Property Enhancements

The New Bern Grand Marina Yacht Club recently celebrated its one year anniversary with a number of marina related improvements to the marina’s WiFi services, phone system upgrades, along with the installation of commercial gates and locks, and the launch of their new Event Delighter Services.

Last year, the marina supported a re-cabling project by laying new cable at the marina to provide its tenants and guests more than 150 HD television stations, along with better WiFi Service.  “With the re-cabling project complete, we felt we had addressed all necessary upgrades to provide the best possible internet and cable services at the marina.  However, after a recent evaluation, we discovered that additional upgrades were necessary due to two antennas that needed to be replaced, along with a few more cabling upgrades.  Furthermore, we installed a new phone system that replaced a very outdated one that now connects our New Bern offices with the corporate facility in California.  These technology upgrades were fairly extensive,” states Paul Konapelsky, Managing Partner, Marina Ventures 223, LLC.

The New Bern Grand also has contracted with American Machine & Fabrication to update and replace the remaining five gates to the marina’s docks which provide commercial grade gates and locks.

“However, the most exciting announcement is the launch of the marina’s new Event Delighter Services.  In the interest of attracting and building upon the marina’s and New Bern’s rich history as a premier destination, the marina now provides free event pre-planning services that focus on ensuring every event we bring to the marina is fully supported during the pre-planning stages.  The goal being…a great event, memorable experiences, and return visitors. These services include: hotel, meeting space and restaurant selections, team building or group activity selections, dine-arounds, pub crawls, creative themed event specials, guest speaker coordination, and whatever else we can dream up to “delight” our customers in order to make their experience wonderful!” states Millissa True, on-site consultant.

The New Bern Grand Marina Yacht Club has been referred to as the “Jewel of historic New Bern” and has been pictured and featured in many local and state and regional publications.  Walking distance and just minutes from New Bern’s historic district, a host of quaint boutiques, The NC History Center and Tryon Palace, The Birthplace of Pepsi & Old Fashioned Soda Fountain and Store, fine and casual dining, along with several parks, walking trails, trolley rides and ghost tours; the marina claims title to simply one of the best destination marinas in eastern North Carolina.  A limited number of slips are available for purchase and a unique slip rental program which make living the lifestyle you’ve been dreaming of a possibility.  Services include WiFi service, HD cable with over 150 HD channels, valet baggage service, dine-in service, secure marina cam, pool and fitness center, yacht club facilities, hotel, dining and merchant loyalty discounts.  For more information, call The New Bern Grand Marina Yacht Club at 252-633-6070 or go to NewBernGrandMarinaYachtClub.com.