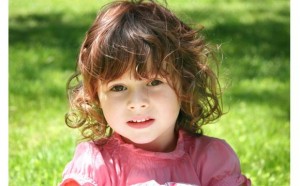 Obesity rates have increased for children in recent decades as diets high in salt, sugar and fat have become the norm, and as children have become less physically active than prior generations. But obesity in young children has many long-term implications for their health and well-being, as well as for the nation’s economy.

Obesity is linked to more than 60 chronic diseases, including cancer, heart disease, diabetes and high blood pressure. Additionally, children who are overweight or obese face stigma from peers, may have difficulty concentrating in school and suffer higher rates of depression.

Treating obesity and its related illnesses is expensive. In the United States today we spend an average of $168 billion a year to treat illnesses related to obesity. In fact, almost 17 percent of our nation’s health care costs are directly attributed to obesity.

There is some good news, however. A recent study by the Center for Disease Control found that obesity rates among low-income preschoolers has declined in 19 states. The decline was mostly seen in white children, but showed promise among other groups as well, and may be due to increased awareness among parents as well as policy shifts in state and federal nutrition programs.

There is a lot that parents and caregivers can do to ensure that babies and young children experience healthy weight gain. Breastfeeding, not introducing solid foods too early, promoting good sleep habits, cooking food at home, and providing a wide range of healthy foods like fruits, vegetables, proteins and grains are good ways for parents to encourage healthy weight gain.

Communities along with State and Local Officials can also be instrumental in helping children stay healthy by promoting places to exercise, like parks, and by taking steps to encourage physical education programs and recess in schools. They can also work together to:

– Make it easier for families with children to buy healthy, affordable foods and beverages in their neighborhood.

Read more about obesity and what families can do to improve children’s health at http://www.letsmove.gov/.

The recent decline in obesity among preschoolers, as announced by Center for Disease Control http://www.cdc.gov/vitalsigns/ChildhoodObesity

Early intervention is key  according to research from Harvard University. See the article at http://hms.harvard.edu/news/childhood-obesity-early-intervention-key-9-17-12

Submitted by Terry Brubaker, Chairperson, Community Coalition for Craven County Children – From Too Small to Fail-Clinton Foundation and Next Generation