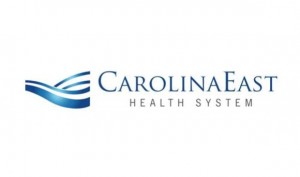 CarolinaEast Health System officials have always been very proud of the level of cardiac services the organization provides and confident that care was of the highest quality. Now others are saying the same.

In addition to the Business North Carolina notoriety, the caliber of CarolinaEast’s cardiac services has also been recognized by two leading health care quality measurement organizations: Healthgrades and CareChex, a division of Comparion Medical Analytics.

“Providing quality care in all areas is essential to our mission,” said Ray Leggett, President/CEO of CarolinaEast Health System. “While we are confident in all care areas, there are a few service lines where we feel we excel. Our Cardiac service line is one of those areas.”

CarolinaEast cardiac services range from diagnosis and prevention to treatment, surgery and rehabilitation. A leading edge interventional cardiology and electrophysiology program provides innovative therapies and corrections for coronary artery blood flow and electrical rhythm. Cardiac/thoracic surgeons have been performing life-saving heart surgery at CarolinaEast since 1993. Once treatment and surgery is complete, cardiac rehabilitation is available to keep the heart in optimal health. In the mid 1980’s, CarolinaEast became the first hospital east of I-95 to offer cardiac rehabilitation on an outpatient basis.