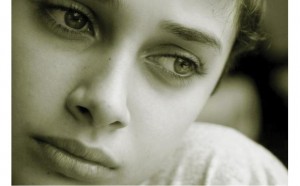 I was listening to NPR Tuesday morning to a story about how Newtown, CT was managing in the aftermath of last Friday’s tragedy. The reporter captured a sound-bite of a woman who said they were coping by supporting each other with encouragement and hugs. “Not New England hugs,” she said, “Real hugs.”

I am a New Englander, a Nutmegger from CT, and I knew what she meant about the “New England Hug”. First of all, it is rare to see an adult New Englander hug someone in greeting; the exceptions being children (their own) or their betrothed (on occasion).  And secondly, if you saw a “New England Hug” you would probably think the duo just bumped into each other and somehow their arms crossed.

This discomfort with public displays of affection is a cultural affectation that may have less to do with some long gone Puritan notion and more to do with snow suits that keep your arms nearly immobile. Either way, willy-nilly hugging is not part of our makeup.

But Newtown is having none of this. They are so raw with grief that they are willing to burst through convention. They are bravely and openly comforting each other with an embrace that lasts for a breath or two. In those brief moments they can feel each other’s sorrow and silently share the knowledge and hope that this too shall pass.

If only there was a way to mail real hugs…I would send thousands.