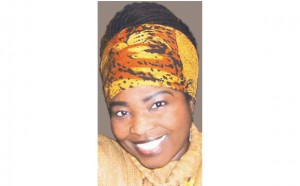 Join Tryon Palace on Thursday, November 15, for another program in the African American Lecture Series: Queen Odetta: The Voice of the Civil Rights Movement. The event will take place at 7:00 p.m. in the North Carolina History Center’s Cullman Performance Hall, 529 S. Front Street in New Bern and is free to the public.

Join Sauuda Y. Eshe’ as she presents a powerful riveting characterization of Odetta Holmes in recitation, song, and historical context. Odetta Holmes was born in Birmingham, Alabama on December 31, 1930. Known professionally as “Odetta,” her stage presence was regal enough: planted onstage like an oak tree no one would dare cut down, wearing a guitar high on her chest, she could envelope Carnegie Hall with her powerful contralto as other vocalists might fill a phone booth. Rosa Parks was her No. 1 fan. Injecting her songs with messages of equality and social justice, Odetta took an active role in the 1963 March on Washington for Jobs and Freedom, where she sang “O Freedom.” Her performance would forever serve as a powerful symbol of the civil rights movement, with Dr. Martin Luther King, Jr. going on to dub Odetta as “the queen of American folk music.”

Sauuda Y. Eshe’ is a contralto a cappella vocalist, lyricist and composer, as well as a community activist and storyteller. Born into a family of vocalists, musicians and visual artists, Eshe’ (pronounced I-Shaye) began singing and composing songs along with her siblings as early as six years of age. Her mother and father, both members of singing groups, taught her negro spirituals, civil rights songs, prison works songs and, of course, the good old blues. Eshe’ has lent her voice to numerous civil rights causes, and most recently was tapped by the NAACP as “the voice of the HK on J (Historic Thousands on Jones Street) movement.”

For those guests who are hard of hearing, special devices are available. Please contact us 48 hours in advance of the performance to make arrangements. For more information, visit www.tryonpalace.org or contact Sharon Bryant at 252-639-3592.