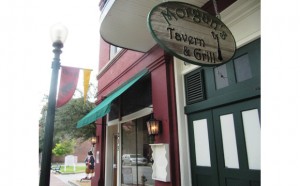 Dine at Morgan’s on October 25 and Support the New Bern Historical Society!