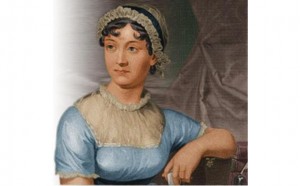 On Saturday, October 27, author, historian, and culinary expert Richard Foss explores the world of food and drink through the eyes of author Jane Austen.

From the white soup served at the Netherfield Ball, to Mr. Woodhouse’s partiality for well-boiled pork and the feast of savory pies served by the jovial Musgroves at Uppercross, the world portrayed in Jane Austen’s books was one of elaborate banquets, sumptuous parties and good eating. Yet Austen actually provided very few details on just what was consumed at those events, and some of the items she did describe are unfamiliar to the modern reader. Food and beverage writer Richard Foss will supply some of the details Austen left out – what refreshments, both alcoholic and non-intoxicating, were imbibed by the various social classes in England of 1800, and how Austen indicated the character of her characters from the things they chose to drink, or to serve. This lecture was first given at the annual meeting of the Jane Austen Society of North America in Los Angeles in December of 2010.

Richard Foss has been writing about food and drink professionally since 1986, when he started reviewing restaurants for the Los Angeles Reader newspaper. Since then he has written for over twenty different publications, including contributing articles to the Encyclopedia of World Food Cultures (Greenwood, 2011). He is currently on the board of the Culinary Historians of Southern California, teaches a class called “500 Years of American Food” at Osher Institute/UCLA Extension, and has written a book on the history of rum that has been released by Reaktion Books.  Reservations are strongly suggested.  Please call 252-639-3524 for tickets.