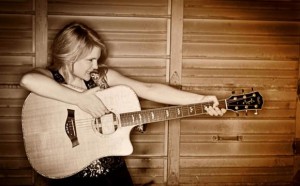 The Lizzy Ross Band will play at the Broad St. Social Club on Friday, September 21st.

Doors will open at 8pm and the show will start at 9pm at the Broad Street Social Club, 411 Broad St. Tickets are $8.

Chapel Hill, NC’s Lizzy Ross Band delivers exuberant Americana/Folk/Rock. Well-crafted lyrics are woven into sophisticated arrangements that include touches of country, roots rock, and a dash of Motown. Ross’s voice delivers a charming trill one moment, only to erupt in rough, bluesy emotion the next. It’s a powerful instrument that’s earned her comparisons to artists like Grace Potter and Edie Brickell.

In 2011, Lizzy was voted North and South Carolinas’ Best Rock Female of the year and received a standing nomination from the Charlotte Music Awards for Best Blues Female. Lizzy Ross Band also scored a #1 spot on HGMN radio charts and an Emerging Artist Award from the Durham Arts Council, and released their debut album Read Me Out Loud.

“Folksy, jazzy, bluesy in all the best senses of the words… a voice like cigarettes and the smoothest whiskey you’ve ever tasted.” -Stephen Markley, Chicago RedEye

Submitted by: The Lizzy Ross Band