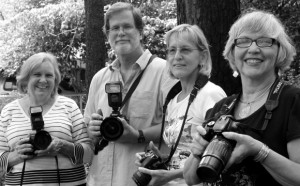 Hills will be serving a third term as the organization’s president. A seven-year member of the club, she is employed as Director of Economic & Community Development at the Eastern Carolina Council of Governments. She often applies her photographic skills to grant proposal development and community service projects.

Meyer also has been re-elected to a third term. His responsibilities include organizing programming for club meetings. He originated the ongoing CPC effort to provide free portraits to area nursing home residents and their families, with club members serving as photographers.

“The Coastal Photo Club is a wonderful group of people who use their photography to bring joy to their lives and the lives of others,” Hills said. “We welcome visitors and new members of all skill levels.”

The club is a nonprofit organization that meets at 9:30 a.m. on the second Saturday of each month in the lower level of the Centenary United Methodist Church in New Bern to share instruction, information, and images. In addition to the nursing home portrait progam, the CPC’s other community service projects include providing pro bono photography services for Marine homecomings, Bike MS, and the Bridgeton RiverFest; assembling a traveling exhibit of Civil War commemorative photographs; and offering workshops for youth. The club also collaborates with the East Carolina Camera Club of Greenville.  More information is at www.coastalphotoclub.com.