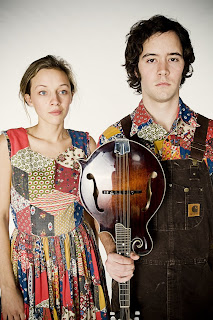 The duo toured throughout the southeast following the May 1 release of their debut album, Quiet Little Room, which earned critical acclaim and heavy airplay in the region. The slow country duets of Quiet Little Room reflect the influence of traditional music on the duo’s progressive style, providing a sound that’s uniquely their own yet satisfyingly familiar.

Broad Street Music at the Journey Cafe, Eastern Carolina’s best listening room, hosts nationally touring artists Friday and Saturday nights from 9:00 p.m. to 11:00 p.m. Providing quality entertainment for all ages in an alcohol-free environment allows audiences at Broad Street Music to fully enjoy an intimate atmosphere and an up close connection with the artist.

For more information send them an email.