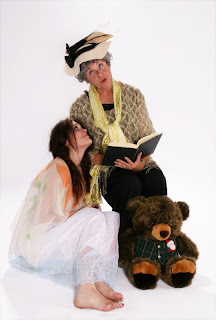 “The Curious Savage” is celebrating its 60th year anniversary. The show opened on Broadway, October 25, 1950 at the Martin Beck Theatre. The plot centers on Mrs. Ethel Savage (originally played by Lillian Gish on Broadway) who has been left ten million dollars by her husband. She wants to establish a fund to help others realize their hopes and dreams. Her step-children have other ideas. Wanting to get a hold of the money, they commit her to a “sanatorium.” In the “sanatorium”, Mrs. Savage meets various social misfits who end up helping her with plans against “the family.” The audience is left with a feeling of hope for the often neglected virtues of kindness and affection. – Linda Roach, Vice President of Rivertowne Repertory Players