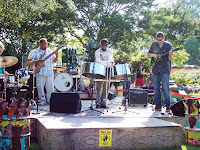 Bernaroo – Crafted after Bonaroo, the wildly popular music festival in Tennessee, Bernaroo showcases 8 great bands from all over the southeastern part of the US.

This year is the 3rd Annual Bernaroo Music & Arts Festival held at Union Point Park in downtown New Bern, North Carolina. The festival began back in 2008 and was coordinated, in part, by the New Bern High School Student Musicians and Songwriters (S.M.S) and Young Adults Active in the Community (Y.A.A.C) as a benefit for SaveDarfur.

This year we are continuing with the fashion of a benefit and will be donating proceeds towards the Red Cross’ relief efforts in Haiti. 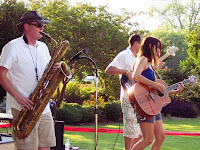