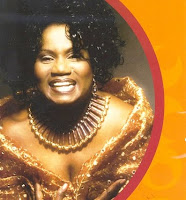 It should feel like a homecoming celebration for everyone in the state’s historic Colonial Capital when four jazz and blues greats, each with strong North Carolina ties, arrive in New Bern to perform for the 300th Jubilee Jazz and Blues Fest, April 30-May 1, at the Riverfront Convention Center.

“The line-up for this year’s Fest is going to be a huge crowd-pleaser, with two proven favorites and two newcomers,” said George Brown, President of the New Bern Jazz Preservation Society which has presented the hugely successful event since its inception six years ago.

Friday evening’s Blockbuster Blues event will get off to a riveting start with the incomparable Blues Guitarist, Cool John Ferguson, who has performed at festivals throughout the country and the world, combining everything from gospel, funk, country jazz and rhythm and blues. He has been touted as having “joined the ranks of other Blues Guitar greats: Jimi Hendrix, Wes Montgomery and Django Reinhart.”

Cool John will lead off for Rising Blues Star, Shemekia Copeland, who made her singing debut at the age of eight on Harlem’s famed Cotton Club stage with her Daddy, Texas blues guitar legend, Johnny Copeland. Her meteoric career, fired by what’s been called her “blast-furnace voice,” was launched in 1987 when she won top honors as the “Best Rising Star Blues Artist” during Down Beat’s 57th Annual Critic’s Poll and has since earned a Grammy nomination and five W.C. Handy Awards (now known as the Blues Music Awards.)Copeland calls the late Coco Taylor her mentor and “Blues Mama.”

Saturday night’s Jazz will kick-off with the Raleigh-based Elmer Gibson Trio making its debut in New Bern but long-acclaimed from Philadelphia to Atlanta. Gibson started plunking the ivories at age three, in Philadelphia, and went on to jam with the likes of Al Grey, Cat Anderson, Frank Foster and Dakota Staton, to name just a few, before joining up with the Norman Connors band and traveling through North America, Europe and Japan.

The Trio will lead in for Headliner Jann Parker, jazz vocalist, composer, lyricist and arranger who will travel from her current home in Manhattan to her hometown of New Bern where she brought down the house for the first Annual Jazz and Blues Fest six years ago. Parker mesmerized the audience with a performance evocative of Dinah Washington and Sarah Vaughn while exuding her own richly distinctive voice and inimitably comfortable style. She has performed in the U.S and Europe with some of the all-time greats like the Lionel Hampton and Harlem Renaissance Orchestras, The Rahn Burton Trio, The Spirit of Life Ensemble and Ron Anderson’s Versatiles. In 1998, she won Jazziz Magazine’s “Voice of Fire” competition.