Letterboxing is an adventurous mix of all that with mystery solving, orienteering, art, outdoors, and sometimes indoors too. It can be fun solo or for the whole family!

It’s a big part of my life and one of my most favorite hobbies! August was my 7-year anniversary of being introduced to this adventure!

I found 1,467 boxes within ten different states and planted/hid 795 boxes: 400 in the last two years since moving to NC coast.

There are over 90,000 letterboxes hidden throughout the United States. It’s similar to geocaching. Instead of taking a token and replacing it with another (i.e., business card, novelty item, etc.), you get a stamped image for each box you find. You do not remove or trade out items.

It works like this: Someone hides a small, waterproof camouflaged box/pouch containing a rubber stamp, usually hand-carved, and a logbook in a public place. Like under a park bench, in a crevice in a rock pile, the hollow of a tree, behind signs, in bushes, under stairs, in walls, etc. — it could be anywhere! Letterboxers call this “Planting”. Usually the stamp is hand-carved and bears an image related to the place it is hidden or with the clues to find and other times it’s just a random stamp image. Then, the hider posts clues on letterboxing websites on how to find the box.

Clues range from beginner to very difficult and have photos, riddles, location and/or include encryption signs to help you find the box. Boxes range from size to ability to reach the object. Some are at the end of 5-mile hikes, while many are “drive-by” boxes that can be recovered quickly. There are also strolls, less than a mile, and others are inside stores, buildings, and libraries.

Other explorers seek out the boxes, toting along their own notebooks and custom stamp, and ink pads. They will then follow these clues to find the hidden box or pouch. Inside is a stamp — usually hand-carved, and normally a small logbook. Some letterboxes are very small to fit in their location and will not have a logbook. You will then stamp the box’s book with your “Signature Stamp”. A stamp in reference to your Trail Name — a symbol of you. Mark the date you found the box. A gift to those who come after you, the planter, and as proof you were there. In each box, there is always a stamp. Stamp the box’s stamp into your personal logbook. Then return items back into the letterbox and re-hide where you found.

For families who enjoy nature, walks and hiking, hunting boxes can be a great family hobby and even a fun motivation to get out for some exercise, keeping children engaged! The kids learn to follow directions and look for clues. They get to make art and collect it. And take away a true souvenir of a place, instead of just a mass-produced plastic trinket. Plus, it costs next to nothing! 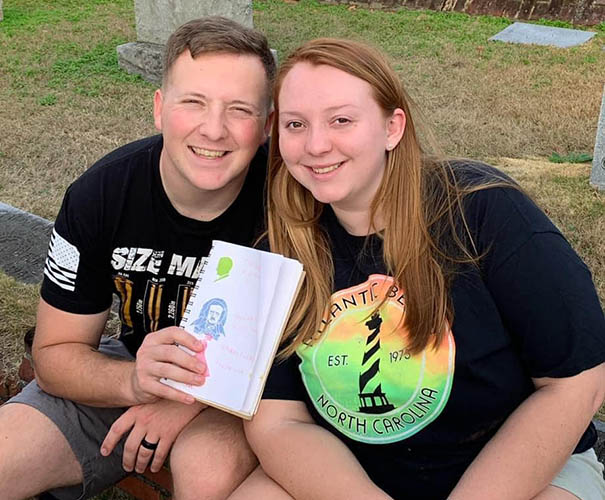 What you need to start:

A blank notebook or journal (most prefer blank pages without lines), stamp ink or water-soluble markers and a rubber stamp to use as a “Signature Stamp”. The more ambitious and artistic can easily create their own signature stamp with carving tools and stamp blanks available in hobby/art stores — or buy a pre-made stamp. Pick a “trail name.” This will be your nickname to sign logbooks or leave clues if you hide your own box. It’s also the name other letterboxers will know you as. You can also make your own boxes to plant for others to find!

Go to the letterboxing website and search for the name of the town you will be searching for boxes in. Beside clues, there will be a list of icons that identify accessible areas. The car means it’s a drive-by — quick and easy. Store symbol means the box is located inside a business. A boot with numbers means it’s a stroll or a hike and the number indicates the distance range. A wheelchair symbol identifies the area it’s accessible with a wheelchair. A dog symbol means it is a dog friendly area (on a leash). The snowflake icon means the box is accessible in snow.

Both “Planters” (owners of hidden boxes) and finders can document their activities on the letterboxing website, although not necessary to participate, but the websites are where you find box listings and the clues to find them.

Letterboxing is a great activity to generate tourism for towns and cities. Participants tend to travel to different places searching for hidden treasures, supporting local tourism. They spend money on lodging, shopping, dining, etc. Having a letterbox planted inside a business, brings people in who may become customers.

This hobby traces its roots to the remote moors of Dartmoor, England – a wild, windswept landscape that starred in the Sherlock Holmes story “The Hound of the Baskervillles.” In 1854, in a remote rocky nook called “Cranmere Pool”, a local guide named James Perrott hid his calling card in a jar. He then challenged friends to find this jar and leave a card to prove they’d been there. Letterbox is what the Brit’s call their mailbox. The jar of cards then evolved into a logbook where visitors could sign their names. Slowly hikers added letterboxes to other popular destinations. It’s remained popular in England but didn’t catch on in this country until the 1990s, when a New England man used it as an educational activity for schoolchildren. In 1998, the Smithsonian Magazine published an article on the letterboxes of Dartmoor. The first Letterbox was planted almost 10 years later, right here in North Carolina!

– Be discreet. Try to be stealthy when you find a box. Carry it away from the spot you found it to do your stamping. Try to keep “muggles” (non-letterboxers) from observing your activities and possibly vandalizing or trashing the boxes. Put the container back exactly where you found it, hidden well, so the next person can find it. Don’t take anything except the imprint of the rubber stamp.

– Don’t disturb monuments or delicate wildlife/environment as you plant and/or search for boxes. Keep an eye out for local dangers such as poison ivy or snakes. Re-hide the boxes well.

– Don’t get discouraged if you don’t find a box. Sometimes they go missing or the clues were poorly written.

– Where I live now, I’ve created a Facebook group called “Craven Letterboxes” for others to join. There are other tips and posts on there. Also scheduled meetups for new letterboxers to learn more, do it together, and socialize!

– I’ve posted lots of different pictures showing some of the different types of boxes and stamps one can find. Happy to answer any questions!

Most popular letterboxing website (and the one I use) is atlasquest.com.