Tried By Fire, Inc. is pleased to present an afternoon of “House Music” on Sunday, November 28 at 4:00 pm. This Gospel and Inspirational music event is being hosted by St. Andrew Lutheran Church as a fundraiser to support the construction of My Sister’s House in New Bern. This facility will serve as a transitional home for post-incarcerated women so they can have a fixed address and a stable, supportive environment while they work on reentry to the community.

The program will include selections by local performers who enjoy sharing the “Good News” through song. Featured in the first half of the afternoon program will be the St. Andrew Lutheran Choir and Director of Music, J. T. Ellenberger; the United Gospel Outreach & Praise Team from Kingston, NC; Phil Evancho, Professor Emeritus of Craven Community College; The Silver Lining Singers, a female A Cappella group; and Craig Cooper of New Bern.

Following a brief presentation on the purpose and status update for My Sister’s House, there will be an Intermission and refreshments in Weeks Hall. Bonita Simmons, a nationally recognized performer, will bring her special gift of music to the second half of the program. 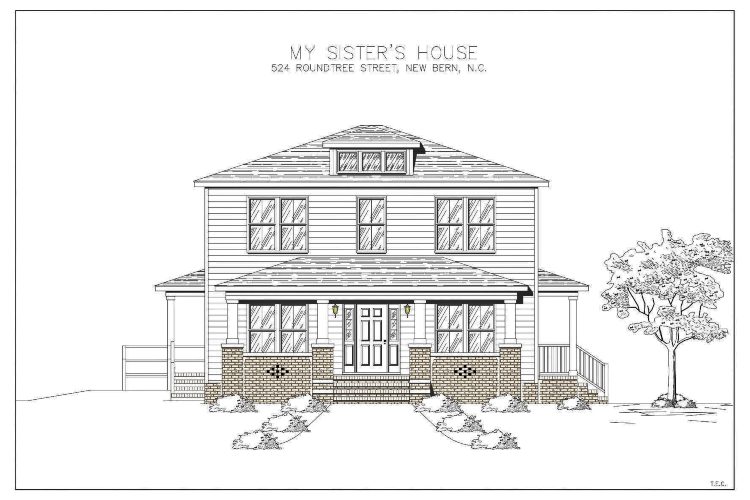 An 80-year-old, four-bedroom house at 524 Roundtree Street, New Bern, was donated to Tried By Fire, Inc. in 2019, and despite considerable efforts made to repair and renovate the building over a year and a half, the foundation and significantly compromised structural integrity of the entire property was determined to be beyond saving. The original structure was demolished in September 2021 and construction of a new house, in its image, will begin before the end of this year. This “House Music” Concert is the first in a series of fundraising events to support the cost of building the new home.

“We are so very grateful to St. Andrew Lutheran Church for their offer to host this special event,” said Bonita Simmons, Executive Director of Tried By Fire, Inc. “The support we have received for My Sister’s House from the community, and especially the church community here in New Bern, has been such a blessing and an affirmation that the need for this transitional home in Eastern North Carolina is recognized as a needed and worthwhile project.”

You can still enjoy the “House Music” concert by watching the live stream broadcast on St. Andrew’s YouTube channel! The easiest way to get there is the following: