Pic of the Day: New Bern Artist Tyrone Brown taken at the New Bern Farmers Market on May 10. We met Tyrone while he was signing up to participate in Plein Air New Bern – Open Air Event 2021 this week.

Tuesday night, mostly cloudy, with a low around 56. East wind around 5 mph becoming calm in the evening.

Wednesday, a chance of rain, mainly after 8 a.m. Mostly cloudy, with a high near 57. Northeast wind 9 to 13 mph, with gusts as high as 20 mph. The chance of precipitation is 50%. New precipitation amounts between a tenth and quarter of an inch possible.

Wednesday night, a slight chance of rain before 9 p.m. Mostly cloudy, with a low around 50. Northeast wind 6 to 8 mph. The chance of precipitation is 20%. 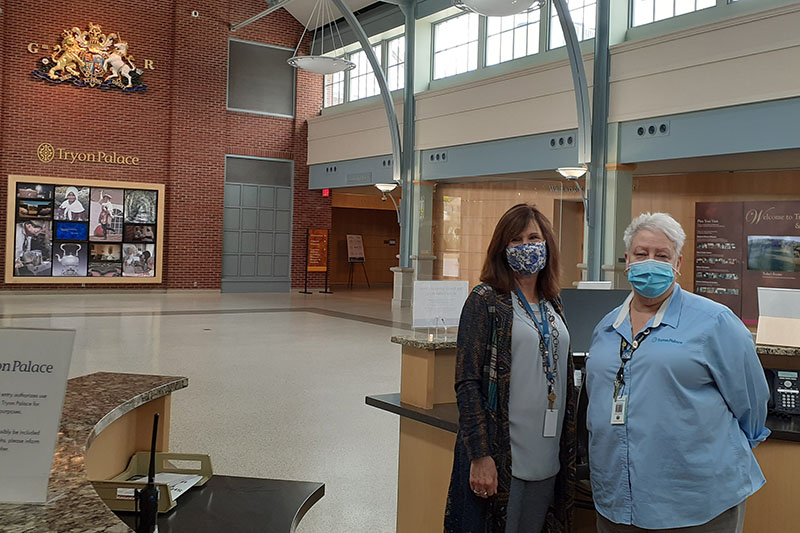 Gov. Roy Cooper issued an emergency declaration after a ransomware situation that forced the shutdown of the Colonial Pipeline, the main source of petroleum for the State of North Carolina. Lines started forming at New Bern filling stations early Monday evening as motorists stocked up on fuel and topped off their tanks in precaution. More here.

On May 11, 1970, Henry Marrow, a 23-year-old African American Vietnam veteran, was murdered in Oxford.  Marrow was approaching Robert Teel’s store to buy a Coca-Cola when he spoke to a young white woman. Teel, his son and his step-son interpreted the exchange as offensive, so they chased Marrow from the store parking lot, beat and fatally shot him.

Oxford had remained segregated and violence against blacks in the town was met with a blind eye.  Marrow’s murder served to unite the African American community, already outraged by years of Jim Crow oppression.

Mobs rioted and destroyed several local businesses including Teel’s. After Marrow’s funeral, mourners marched to the town’s Confederate monument and held a rally for civil rights. Marrow’s cousin, Benjamin Chavis, organized a boycott of white-owned businesses.  Despite the outrage, an all-white jury returned a not guilty verdict on all counts against the Teels in the trial for Marrow’s murder.

Historian Timothy B. Tyson, who was a 10-year-old boy living in Oxford at the time of the murder,  explored Marrow’s death and its effects on the community in his award-winning 2004 book Blood Done Sign My Name.

On May 11, 1898, in battle at Cárdenas, Cuba, Ensign Worth Bagley became the first naval officer and first North Carolinian killed in the Spanish-American War.

The sinking of the USS Maine in February 1898 led the United States to declare war against Spain. North Carolina met President William McKinley’s call for troops by establishing three regiments.

Born in Raleigh in April 1874, Worth Bagley graduated from the United States Naval Academy in 1895. He achieved the rank of ensign in July 1897, and, in November, was appointed inspector of the new torpedo boat Winslow. When she was commissioned the following month, Bagley became her executive officer. In April 1898, the Winslow was mobilized, with the fleet it was a part of, for operations in Cuban waters.

On the morning of May 11, the ship went with two others to force open the entrance to the harbor of Cárdenas. The Winslow was fired upon by a Spanish gunboat and a battle ensued. The ship was disabled and was hauled out of range of the Spanish guns. Just as the engagement ended, Bagley and four sailors were killed by a shell.