Today, a slight chance of showers before 11am, then a chance of showers and thunderstorms between 11am and 3pm, then showers likely and possibly a thunderstorm after 3pm. Partly sunny, with a high near 72. Light and variable wind becoming northwest 5 to 8 mph in the morning. Chance of precipitation is 60%. New rainfall amounts in excess of 4 inches possible.

Tonight, showers and thunderstorms likely before 9pm, then a slight chance of showers between 9pm and 10pm. Mostly cloudy during the early evening, then gradual clearing, with a low around 46. Northwest wind 7 to 9 mph. Chance of precipitation is 60%. New precipitation amounts between a tenth and quarter of an inch, except higher amounts possible in thunderstorms.

Saturday night, mostly clear, with a low around 50. Northwest wind 5 to 9 mph becoming calm after midnight.

Sunday, mostly sunny, with a high near 81. Calm wind becoming south 5 to 9 mph in the afternoon. Winds could gust as high as 15 mph.

Sunday night, partly cloudy, with a low around 67.

For the Fun of it 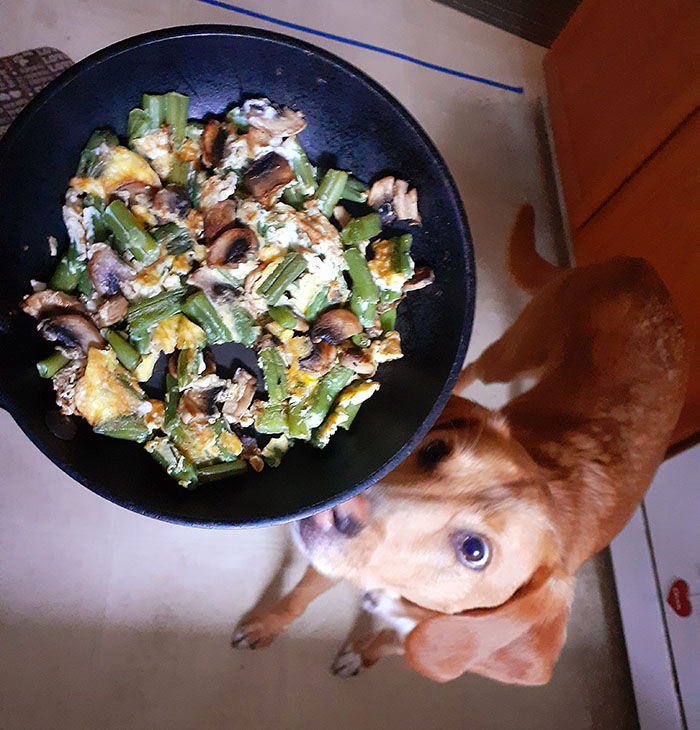 Healthy or not Breakfast Scramble

Coastal Women’s Shelter (CWS) announced the appointment of Amanda Delgado as executive director for the agency.

Delgado, who has a bachelor’s degree in Social Work from Wichita State University, has been with the Coastal Women’s Shelter for four years, most recently as shelter director.

While at the shelter, Delgado created a safe, friendly, and warm environment for survivors of domestic violence seeking housing on a temporary basis while guiding a caring, devoted, and compassionate staff.
Prior to this, Delgado held the Prevention and Education coordinator position heading up the pivotal CWS New Beginnings Program for domestic violence survivors. The New Beginnings Program provides a wide range of resources for personal growth and change for survivors. More. 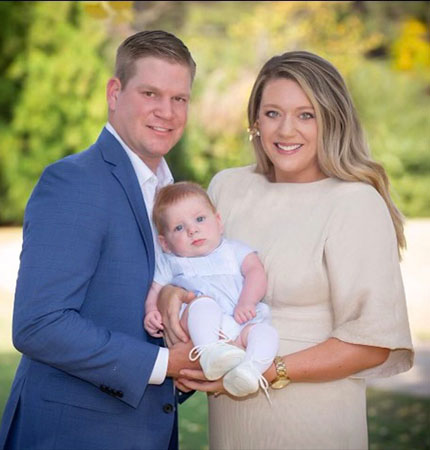 CarolinaEast Health System announced that native New Bernian Jared Brinkley is now the executive director of the CarolinaEast Foundation, the charitable arm of the health system.

Brinkley joined CarolinaEast Health System on Monday, May 3, 2021 and will precept with outgoing Foundation Director Jill Thompson through June 2021. Brinkley comes to CarolinaEast following a 10-year tenure in athletic development, most recently as the Director of Major Gifts at the University of Alabama’s Crimson Tide Foundation. More. 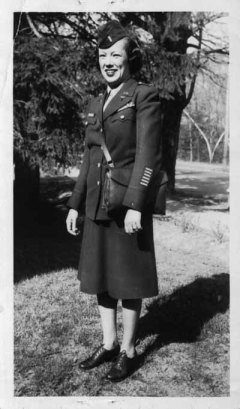 On May 7, 1942, Evelyn Whitlow was among the 77 Army and Navy nurses captured following the fall of the Philippines. The Whitlow family of Leasburg, in Caswell County, saw six of their 12 children (four sons and two daughters) enter the service during World War II. Evelyn B. Whitlow was the first of the family to join the military. In May 1940, she enlisted in the Army Nurse Corps (ANC) as a second lieutenant. Whitlow was serving as a nurse in the Philippines when Pearl Harbor was attacked on December 7, 1941.

Known as the Angels of Bataan and Corregidor, the captured nurses were the first group of American women taken as prisoners of war. For three years she remained in Santo Thomas, a Japanese internment camp outside Manila, until being liberated on February 3, 1945. After the war, she left the ANC, married a fellow POW from Santo Thomas and moved to California. Whitlow died at the age of 78, in 1994.

Image of Whitlow from N.C. Museum of History 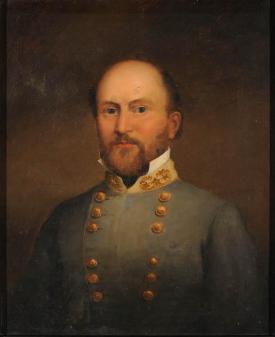 On May 7, 1865, Confederate General James Green Martin surrendered the Army of Western North Carolina at Waynesville, nearly a month after Appomattox.

The surrender followed a skirmish at White Sulphur Springs between Confederate troops under William Holland Thomas (commonly known as Thomas’s Legion) and Union troops under Lieutenant Colonel William C. Bartlett.  Thomas’s Legion surprised the Union troops who retreated to Waynesville, with Martin advancing since he was likely unaware of Johnston’s surrender at Durham on April 26.

When a truce was called the next day, almost a month after Appomattox, Martin surrendered his forces in Waynesville. On inspecting his former brigade in late 1864 and complimenting it on its efficiency, Robert E. Lee said that “Gen. Martin is one to whom North Carolina owes a debt that she can never repay.”

After the war Martin moved to Asheville, where he practiced law until his death in 1878.

On May 7, 1964, President Lyndon Johnson, accompanied by Governor Terry Sanford, visited the home of tenant farmer William David Marlow near Rocky Mount to promote the President’s “War on Poverty” initiative.

The 15 minute visit was essentially a photo opportunity to launch Johnson’s tour of Appalachia.  There have been questions over the years as to why Rocky Mount was selected, not being particularly close to the mountains, though many have assumed it has something to do with the town’s name.

Though the Nash County family that hosted Johnson didn’t live in Appalachia, it certainly met the rest of the criteria for people to be helped by the president’s programs. Marlow lived with his seven children, his wife and his mother-in-law. A World War II veteran, he suffered from a chronic back injury and earned less than $1,500 per year.

To emphasize the family’s living conditions for the visiting journalists and politicians, the Marlows were instructed to hang a load of laundry on their clothesline and to keep their children barefooted. After the visit, the family struggled with the stigma of poverty. Having never thought of herself as poor, Mrs. Marlow later wrote the president, “We have just found out that we are the joke of a whole nation.”

You can read the speech Johnson gave later that day in front of Rocky Mount City Hall online from the American Presidency Project.