Friday night, partly cloudy, with a low around 51. Northwest wind 8 to 10 mph.

Saturday, sunny, with a high near 74.

Saturday night, mostly clear, with a low around 52.

Sunday night, partly cloudy, with a low around 61.

Via the New Bern Now Calendar

It’s been a long and trying time for both kids and teachers! Teachers Appreciation Week is coming up May 3 – 7. We want to spread some cheer by recognizing the teachers.

Does your youngster have a favorite teacher and/or coach? Tell us what they really like about their teacher or share a special story about them.

Is your spouse or loved one an educator? We’d love to hear from you too.

Thank a teacher and help us make their day a little brighter with words of encouragement.

Let us know what school they are affiliated with, in the Greater New Bern area and surrounding towns.

We also welcome any pictures.

Send us an email with the details. 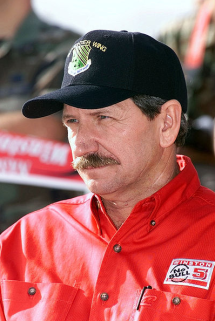 On April 29, 1951, Dale Earnhardt was born in Kannapolis. His father Ralph, was a competitive driver on the NASCAR Modified, Sportsman and Grand National circuits. Following in his father’s footsteps, Earnhardt dropped out of school in ninth grade to pursue a career in racing.

Earnhardt made his stock car debut in 1975 at the Charlotte Motor Speedway, finishing 22nd. He drove sporadically, without a full-time sponsor until 1979, when Richard Osterlund chose him for his team. He won at Bristol in his 16thstart, and went on to place in the top five in 11 races during the season. His performance earned him Rookie of the Year honors. The following year he won the first of the seven Winston Cup Series titles he would win over the course of his life.

Known for his aggressive driving style, and often called “The Intimidator,” Earnhardt dominated the sport through the 1980s and early 1990s. Aside from his seven Winston Cup  and three IROC titles, he was also named American Driver of the Year twice and National Motorsports Press Association Driver of the Year five times.