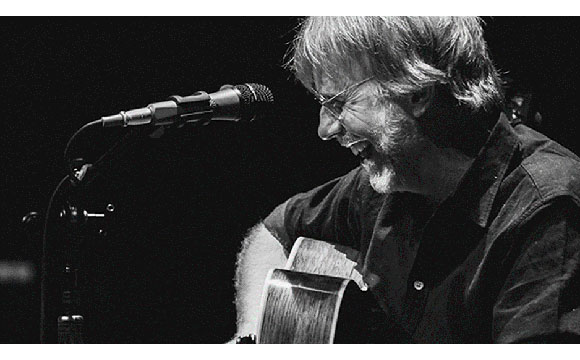 Raleigh, NC – Trey Anastasio, lead guitarist and vocalist of Phish, today announced a one-night-only performance with the North Carolina Symphony. The intimate concert will take place June 26, 2020, at Meymandi Concert Hall at the Duke Energy Center for the Performing Arts in downtown Raleigh. Tickets go on sale Friday, February 28 at 10 a.m.
Anastasio is a founding member of Phish, one of today’s most successful and innovative rock bands. With the North Carolina Symphony, he will perform arrangements of classic Phish songs and his own solo projects.

Each year, Anastasio hand-picks a small number of symphony orchestras for concert collaborations, creating unique musical experiences for his fans. A Carnegie Hall performance with the New York Philharmonic was hailed by The New York Times as “that rarest of rarities, a classical-rock hybrid that might please partisans from both constituencies.” In 2020, in addition to his concert with the North Carolina Symphony, he will perform with The Philadelphia Orchestra, Boston Pops, and National Symphony Orchestra.

A composer, guitarist, and vocalist, Anastasio has forged a multi-faceted career over the past three decades, winning acclaim in rock, classical, and theatrical circles. In the summer of 2017, Phish completed a residency at Madison Square Garden in New York – an unprecedented 13-night run known as The Baker’s Dozen. Phish’s total number of performances at the famed arena currently sits at 60.

Anastasio has received Grammy Award nominations for his recordings with Phish and for his solo work. He has collaborated with such artists as Dave Matthews, Herbie Hancock, Carlos Santana, Toots and the Maytals, B.B. King and The Roots, and is part of the trio Oysterhead. He co-wrote the music for the Broadway musical Hands on a Hardbody, which received a Tony nomination for “Best Original Score” in 2013. In the summer of 2015, Anastasio joined the surviving four members of the Grateful Dead for five stadium shows, which celebrated the band’s 50th anniversary and served as their farewell shows.
This past April, Anastasio released his 14th solo album, Ghosts of the Forest, which Rolling Stone said was “built around psychedelic guitar liftoffs, ambitious arrangements, and extremely personal lyrics.” Between Me and My Mind, a film documenting Trey’s creative process, debuted at the Tribeca Film Festival this past summer.

About the North Carolina Symphony
Founded in 1932, the North Carolina Symphony (NCS) is a vital and honored component of North Carolina’s cultural life. Each year, the North Carolina Symphony’s 300 concerts, education programs, and community engagement events are enjoyed by adults and schoolchildren in more than 90 North Carolina counties—in communities large and small, and in concert halls, auditoriums, gymnasiums, restaurants, clubs, and outdoor settings. The Symphony’s full-time professional musicians perform under the artistic leadership of Music Director Grant Llewellyn.
NCS’s state headquarters venue is the spectacular Meymandi Concert Hall at the Duke Energy Center for the Performing Arts in downtown Raleigh. The Symphony’s service across the state includes series in Chapel Hill, Fayetteville, New Bern, Southern Pines, and Wilmington, as well as the Summerfest series at its summer home, the outdoor Koka Booth Amphitheatre in Cary. NCS brings some of the world’s greatest talents to North Carolina and embraces home-state artists from classical musicians to bluegrass bands, creating live music experiences distinctive to North Carolina.

Committed to engaging students of all ages across North Carolina, NCS leads the most extensive education program of any symphony orchestra – serving nearly 70,000 students each year. In alignment with the curriculum set by the North Carolina Department of Public Instruction, the Symphony provides training and resources for teachers, sends small ensembles into classrooms, and presents full-orchestra Education Concerts that bring the fundamentals of music to life. Music Discovery for preschoolers combines music with storytelling, and at the middle and high school levels, students have opportunities to work directly with NCS artists and perform for NCS audiences.

NCS is dedicated to giving voice to new art, and has presented 56 U.S. or world premieres in its history. In 2017, NCS appeared at The John F. Kennedy Center for the Performing Arts in Washington, D.C., as one of four orchestras chosen for the inaugural year of SHIFT: A Festival of American Orchestras—an honor that recognized the Symphony’s creative programming and innovative community partnerships.

The first state-supported symphony in the country, NCS performs under the auspices of the North Carolina Department of Natural and Cultural Resources. To learn more, visit ncsymphony.org.