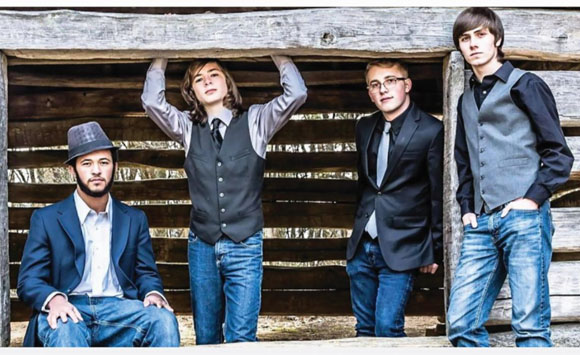 New Bern, NC – The Craven Community College Lifetime Learning Center (LLC) will wrap up its Explorations in The ARTS three-concert series with a performance by Cane Mill Road on Friday, March 20.

Growing up just down the road from Doc Watson, Billboard-charting artists Cane Mill Road rock the traditional bluegrass standards they grew up on, yet boldly tackle writing original music that often walks the lines between bluegrass, Americana, old-time and folk. Audiences love Cane Mill Road’s high-energy performances, easy going rapport and the eclectic mix of originals and standards they present at each of their shows.

Peers in the bluegrass industry voted Cane Mill Road as one of five nominees for the International Bluegrass Music Association’s Momentum Band-of-the-Year for 2018 – an award to honor rising music stars under 30 years of age.

This performance will take place in Orringer Auditorium on Craven CC’s New Bern campus at 7:30 p.m. Tickets are $22 for adults and $12 for students.

This year’s series is inspired by Public Radio East’s (PRE) “The Sound,” hosted by George Olsen. It can be heard weeknights from 8 p.m. to midnight on PRE’s News and Ideas Network and features four hours of Americana, roots rock and contemporary folk music with an emphasis on performers from North Carolina.