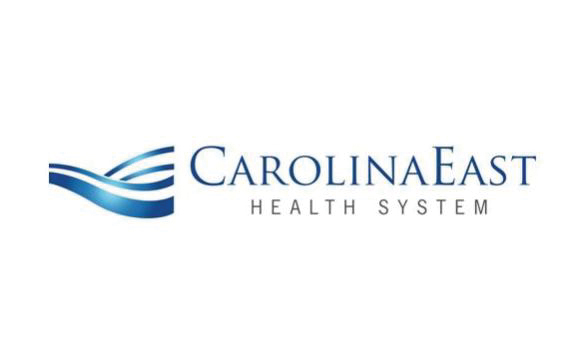 New Bern, NC – For the fifth year in a row, CarolinaEast Medical Center has been named one of the top five best hospitals in the state by Business North Carolina magazine in their annual “Best Hospital’s” issue released in March. The 2020 ranking lands CarolinaEast tied for fourth.

“We are extremely proud of the reputation for quality we have built,” said Ray Leggett, CarolinaEast President and CEO. “This is one of many confirmations of the quality care we are privileged to deliver to the families of coastal North Carolina.”

Business North Carolina introduced the “Best Hospitals” ranking in 2012 and includes the state’s adult, acute care hospitals with at least 50 beds. The qualifying organizations are ranked based on performance in 25 metrics which include outcomes in the areas such as patient satisfaction, infection rates, readmission rates and other publicly reported information from the Centers for Medicare and Medicaid Services (CMS). The editors also consider criteria from Blue Cross Blue Shield, U.S. News and World Report and safety ratings from The Leapfrog Group. Taking so much data into consideration makes the rankings particularly tight, this year the overall winner and No. 10 are separated by just 5 points and smaller hospitals tend to come up short. At 350 beds, CarolinaEast is the smallest of the hospitals in the 10 highest-ranking on the list.

The past year marked several milestones for CarolinaEast, as the organization completed the expansion and renovation of their Emergency Department, as well as their new Women’s & Children’s Pavilion, including spa-inspired private rooms and luxury bathrooms. January 2020 marked the opening of the 80,000 square feet SECU Comprehensive Cancer Center at CarolinaEast Medical Center. In a unique partnership with UNC Health Care, the new center brings together the many cancer services currently offered by CarolinaEast, as well as allow for expanded services. In addition, a new Diagnostic Center adjacent to the cancer center has opened to facilitate convenient and efficient imaging services related to cancer prevention, treatment, and diagnosis.

“Last year we had over 428,000 opportunities to make a difference in someone’s life,” said Leggett. “I could not be more proud of the CarolinaEast team for their efforts to do what is right, every encounter, every opportunity, every day – no exceptions.”