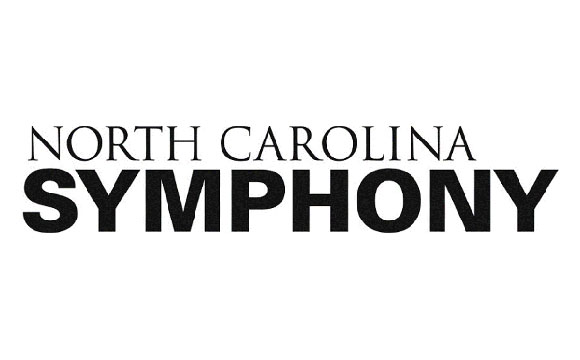 Raleigh, N.C. – The North Carolina Symphony’s 2020/21 season shines a bright light on the excellence of the North Carolina Symphony’s musicians, who bring brilliance to their craft each time they perform. The Symphony’s musicians look forward to sharing the best of the classical repertoire together with world-renowned guest artists and inspiring conductors, and creating memorable performances filled with a wide range of beloved music.

“Our musicians are the makers of extraordinary symphonic experiences for the citizens of North Carolina,” says NCS President & CEO Sandi Macdonald. “The 2020/21 season will highlight the vibrancy these musical artists bring to masterpieces of the classical repertoire, the enthusiasm with which they share works that are new to the repertoire, and the artistry they display in performing music across a broad variety of genres.”

The orchestra’s stellar reputation has attracted some of the finest guest artists in the world for the upcoming season. Superstar pianist Emanuel Ax, a seven-time Grammy Award winner, brings his pianistic prowess to Beethoven’s sumptuous “Emperor” Concerto; violinist Gil Shaham performs the Beethoven Violin Concerto, showcasing his flawless technique and warmth of his sound and spirit; and Angela Hewitt, renowned for her expressive powers, takes on Mozart’s grandest creation for piano and orchestra, his Piano Concerto No. 25. Two of the Symphony’s own musicians, Concertmaster Brian Reagin and Principal Cello Bonnie Thron, will come to center stage as soloists in Beethoven’s Triple Concerto—joined by their frequent collaborator, pianist Solomon Eichner.

Commemorating one of history’s greatest music-makers, the Symphony joins in a worldwide celebration of 250 years of Ludwig van Beethoven, born in 1870. In fall 2020, NCS launches a festival of powerful programs that illuminate Beethoven’s genius. In addition to the “Emperor” Concerto, Violin Concerto, and Triple Concerto, the LvB 250 festival includes performances of the Symphony No. 5, Symphony No. 3 “Eroica,” and Piano Concerto No. 2 with pianist Conrad Tao, along with chamber music repertoire featuring NCS musicians.

Over his 16-year tenure as Music Director, Grant Llewellyn has shaped the sound of the orchestra and has raised its artistic caliber to remarkable heights. Becoming Music Director Laureate in 2020/21, Llewellyn will return twice during the season to conduct the musicians with whom he shares a unique musical bond. He will display his skill as an interpreter of choral repertoire with Mozart’s Requiem performed with the North Carolina Master Chorale and will lead a vibrant program he crafted featuring Ravel’s Boléro, Lalo’s Symphonie espagnole with violinist Augustin Hadelich, and other French works inspired by sultry Spanish music.

The Symphony will see the returns of guest conductors who have been audience and musician favorites in recent years, including Norwegian conductor Rune Bergmann for Brahms’ Symphony No. 3 and Szymanowski’s Violin Concerto No. 1 with fellow Norwegian Eldbjørg Hemsing; Douglas Boyd for a program of Rachmaninoff and Schumann; Carlos Miguel Prieto for Mozart’s “Jupiter” Symphony; David Danzmayr for the Tchaikovsky Violin Concerto with rising star Noa Wildschut; Christoph König for Prokofiev’s Suite from Romeo and Juliet; and Ruth Reinhardt for Dvořák’s Symphony No. 7.

Throughout the season, NCS guest conductors fully embrace the Symphony’s commitment to giving voice to the works of women—from opening weekend which features a work by 19th-century composer Amy Beach, the first American woman to earn success writing large-scale orchestral works; to the season finale which features the Percussion Concerto by Jennifer Higdon, one of the most frequently performed living composers today. Works by women have appeared on NCS programs each season since 2009/10—and the living composers represented on the 2020/21 Classical Season are exclusively women. In addition to Higdon’s Percussion Concerto performed by Colin Currie, the Symphony champions newer masterworks by acclaimed composers including North Carolina native and 2020 Grammy Award winner Caroline Shaw, Joan Tower, Helen Grime, Gabriela Lena Frank, Linda Catlin Smith, and Hilary Purrington. On three programs, NCS honors women who paved the path for future female composers, with music by Amy Beach and Cécile Chaminade.

Thoughtfully programmed for multi-generational audiences and for diverse musical tastes, the Pops Season is expected to draw new audiences to the Symphony while showcasing the orchestra’s vast musical range. NCS musicians will deliver tribute performances to the iconic music of ABBA and to women who changed rock and roll—such as Aretha Franklin, Carole King, and Pat Benatar—and Broadway voices will join the Symphony for beloved showtunes from The Phantom of the Opera and more on Valentine’s Day weekend. In a unique symphonic experience, NCS will perform restored orchestrations from the Beatles’ recording sessions at Abbey Road, accompanied by rare and never-before-seen photos of the band. Star Wars: Return of the Jedi will play on the big screen as NCS brings the thrilling John Williams score to life.

NCS has a longstanding tradition of bringing its community together through music at the holidays; Pops and Special Event Concerts on the 2020/21 season will create holiday memories with heart-warming programs including the annual Holiday Pops; Handel’s famous Messiah with the North Carolina Master Chorale; Cirque de Noel featuring high-flying acrobatics with festive holiday selections; and a New Year’s Eve concert combining jazzy Big Band arrangements with Viennese waltzes.

Each summer, thousands of North Carolinians gather for music under the stars at Summerfest concerts at the Symphony’s summer home, Koka Booth Amphitheatre. Presented by UNC Health Care and hosted by the Town of Cary, Summerfest concerts offer classical masterworks and pops programs in a relaxed and family-friendly outdoor environment. Concertgoers spread out blankets, lawn chairs, and picnics, and enjoy the picturesque natural surroundings and pre-concert activities such as the popular Instrument Zoo. Headlining Summerfest 2020, the legendary singer and songwriter Bruce Hornsby and his band join the Symphony for a special performance showcasing their newest works and timeless classics. The summer begins with Rimsky-Korsakov’s mesmerizing Scheherazade on Memorial Day weekend, and as part of the Town of Cary’s annual “Play with the Pros,” citizen musicians will join NCS musicians on stage. Other much-anticipated Summerfest programs include music from the Paul Simon songbook, music from Star Wars and other epic John Williams scores, classical selections as heard in the soundtracks of favorite films, romantic music from the Broadway stage, and masterworks by Mozart, Beethoven, Rachmaninoff, and Tchaikovsky. As always, the Symphony performs patriotic favorites at the Town of Cary’s free Independence Day celebration at Booth Amphitheatre.

Partnering with the North Carolina Department of Public Instruction, NCS leads the most extensive education program of any symphony orchestra. Each year, the Symphony engages 70,000 students of all ages across North Carolina—including more than 55,000 4th and 5th graders who attend NCS Education Concerts, learning core musical concepts such as tempo, rhythm, and dynamics, in alignment with the state curriculum. In addition to its education offerings for schools and students, the Symphony’s Young People’s Concerts welcome families to experience music together. The 2020/21 season includes the annual Halloween Spooktacular complete with a costume parade; a theatrical presentation of Beethoven Lives Upstairs, through which children will be introduced to the famous composer and his best-known works; and A Megastoopendous Afternoon of Dr. Seuss. Young People’s Concerts are preceded by family-fun activities such as the Instrument Zoo, face-painting, photos with characters, and hands-on crafts with Marbles Kids Museum.

With a commitment to making classical music accessible to the entire community, NCS looks forward to continuing its sensory-friendly programming, supporting the needs of those with autism and other sensory-sensitivities and disabilities. Selected performances on the Young People’s Concert series will be designed with sensory-friendly and special-needs accommodations.

Other important initiatives expanding access to classical music and increasing the Symphony’s presence in the community include Soundbites chamber music concerts, which take place at Raleigh restaurants and feature an intimate concert with insights from the performers following a multi-course meal; the free Manning Music series at William Peace University; the free Concerts in Your Community series presented in outdoor settings throughout the state each summer; and a free lecture series at Quail Ridge Books in Raleigh. The quickly growing Young Professionals of the Symphony initiative welcomes hundreds of Millennial and Gen-X audiences to the Symphony each year, combining mainstage concerts with after-parties and presenting free chamber music concerts at downtown Raleigh hotspots. Dates and details for these programs will be announced throughout the season.

The Symphony’s concert seasons in Chapel Hill, Wilmington, New Bern, Southern Pines, and Fayetteville offer many of the programs performed in Raleigh, as well as programs and guest artists heard only in those communities. 2020/21 programs across the state will be announced in the spring.

Look at the Schedule here: NCSymphony.org/concerts-events.

NCS’s state headquarters venue is the spectacular Meymandi Concert Hall at the Duke Energy Center for the Performing Arts in downtown Raleigh. The Symphony’s service across the state includes series in Chapel Hill, Fayetteville, New Bern, Southern Pines, and Wilmington, as well as the Summerfest series at its summer home, the outdoor Koka Booth Amphitheatre in Cary. NCS brings some of the world’s greatest talents to North Carolina and embraces home-state artists from classical musicians to bluegrass bands, creating live music experiences distinctive to North Carolina.

Committed to engaging students of all ages across North Carolina, NCS leads the most extensive education program of any symphony orchestra—serving nearly 70,000 students each year. In alignment with the curriculum set by the North Carolina Department of Public Instruction, the Symphony provides training and resources for teachers, sends small ensembles into classrooms, and presents full-orchestra Education Concerts that bring the fundamentals of music to life. Music Discovery for preschoolers combines music with storytelling, and at the middle and high school levels, students have opportunities to work directly with NCS artists and perform for NCS audiences.

NCS is dedicated to giving voice to new art, and has presented 56 U.S. or world premieres in its history. In 2017, NCS appeared at The John F. Kennedy Center for the Performing Arts in Washington, D.C., as one of four orchestras chosen for the inaugural year of SHIFT: A Festival of American Orchestras—an honor that recognized the Symphony’s creative programming and innovative community partnerships.
The first state-supported symphony in the country, NCS performs under the auspices of the North Carolina Department of Natural and Cultural Resources. To learn more, visit ncsymphony.org.