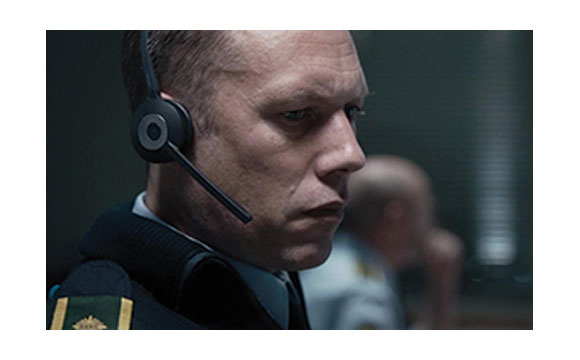 The Craven Community College Lifetime Learning Center (LLC) will present “The Guilty” this Friday, Jan. 10, as part of Explorations: The International Film Series.

“The Guilty,” a 2016 crime/drama/thriller from Denmark, details the story of police officer Asger Holm. When he is demoted to desk work, he expects a sleepy beat as an emergency dispatcher. That all changes when he answers a panicked phone call from a kidnapped woman who then disconnects abruptly. Asger, confined to the police station, is forced to use others as his eyes and ears as the severity of the crime slowly becomes clear. The search to find the missing woman and her assailant will take every bit of his intuition and skill, as a ticking clock and his own personal demons conspire against him. This innovative and unrelenting Danish thriller uses a single location to great effect, ratcheting up the tension as twists pile up and secrets are revealed.

Explorations is an annual film series offered by the Craven Community College Foundation.

Each film takes place in Orringer Auditorium on the New Bern campus on Fridays and has two show times: a matinee at 2:30 p.m. and an evening screening at 7:30 p.m. All films are presented with original sound and language, featuring English subtitles.

The public is welcome and admission is free. This series is made possible in part by a gift from corporate sponsors that include Signature Wealth Strategies, Jon Tait, CFP and Ashley Martin-Irizarry, Wealth Advisor, RJFS. Donations at the door are appreciated and directly support the international film series.

Movie trailers and more information can be found at www.cravencc.edu/llc/international-films/. For questions, call Jennifer Baer at 252-633-2618.