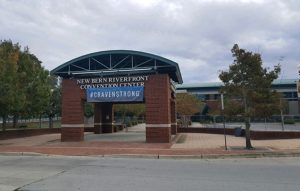 A year after Hurricane Florence barreled through in mid-September 2018, New Bern and Craven County have once again proven resiliency in the face of catastrophe.

“To have that many means we’re doing something right,” Veit said. “As soon as the wind dies down, we’re out putting things back together.”

From July 1, 2018 to June 30, 2019, Greater Downtown New Bern, a major center for tourism, meetings, and conventions, recorded the following statistics:

These numbers contrast with others that are directly related to Hurricane Florence:

How does that translate into actual activity?

In fact, 2018 visitor activity to Craven County improved over 2017. Domestic visitors to and within Craven County spent $149 million in 2018, an increase of 4.96% from 2017, according to an annual study commissioned by Visit North Carolina, a unit of the Economic Development Partnership of North Carolina.

“Tourism has an enormous effect on New Bern and Craven County and we are thrilled with the continued growth in our area,” said Tarshi P. McCoy, executive director, New Bern-Craven County Convention and Visitor Center.

The statistics are from the “Economic Impact of Travel on North Carolina Counties 2018,” which can be accessed at partners.visitnc.com/economic-impact-studies. The study was prepared for Visit North Carolina by the U.S. Travel Association.

DoubleTree Hotel is slated to reopen in 2020.

New Bern Riverfront Convention Center is scheduled to open the end of September with the first event, a Marine Corps Birthday Ball, scheduled in mid-October. The venue is undergoing a $12.5 million program of renovation, mitigation, and modernization, Veit said.

In addition to storm damage repair at the convention center, Craven County plans to expand and update the facility, located near the mouth of the Trent River at the Neuse River.

“We are going to get back in the fight with Wilmington and Greenville,” in competing for tourism and convention business, Veit said.

Another indicator of the county’s economic strength and resiliency is the status of a shell building the county constructed to attract new industry. An earlier attempt resulted in a building that was vacant for 10 years. The newest shell building remained vacant just 75 days.

“Economic development is red hot in Craven County,” Veit said.  Craven County is in the Top 5 in the state for new home starts, he said.

In New Bern alone, the city removed more than 155,000 cubic yards of vegetative debris left behind by Hurricane Florence.  An additional 9,300 tons of construction debris was collected when residents and businesses cleaned up after the storm.

City and mutual aid crews made more than 5,700 trips to the landfill.  Ten municipalities from across the state came to New Bern to provide mutual aid for disaster cleanup.

It took 77 days to collect all of the vegetative and construction debris, for a total cost of $4.5 million.