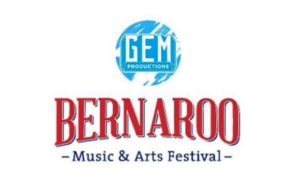 GEM Productions is proud to announce that on July 14th and 15th the streets of downtown New Bern will once again be abuzz with the sights and sounds of some of North Carolina’s most talented artists for the Bernaroo Music & Arts Festival. Throughout the weekend, musicians, artists, dancers, chefs and more will all have their craft on display at venues such as Isaac Taylor Garden, The Brown Pelican and Live at City Laundry. Bernaroo’s marquee events take place at the Isaac Taylor Garden in downtown New Bern on July 14th and 15th with gates opening at 5:00 p.m. est. Single-day tickets are $15 with two-day passes costing $25. For more information on ticketing you can visit BernarooMusicFest.com.

Isaac Taylor Garden serves as the main hub of the festival throughout the evening on Friday and Saturday. The historic venue will house music from 6:00 to 10:00 p.m. and will be filled with an array of visual artists, vendors and more. Craft beer will be on tap from Clayton’s Deep River Brewing, featured artist Sydney Gilgo will be working on a live painting and various vendors from across the state will be selling wares that range from t-shirts to pottery to visual art. Food will also be available on-site for attendees to purchase.

On Friday, July 14th downtown New Bern will become a roots-rock playground as acts from across the state showcase their talents at various venues. Isaac Taylor will kick off music at 6:00 p.m. with New Bern’s own Bearfoot Monty, leading into Richlands’ jam-driven Americana act Hank Barbee & The Dust Parade and closed out by the riotous celtic folk-rock sounds of Chapel Hill’s Tan & Sober Gentlemen. But the music doesn’t end there, as The Brown Pelican will be hosting Justin Lacy & The Swimming Machine at 10:00 p.m. to close out the night with their fantastic gypsy-folk stylings.

Things kick off early at 2:00 p.m. back at The Brown Pelican for Bernaroo’s Eastern NC Music Showcase, an afternoon of free music that highlights some of the region’s up-and-coming songwriters, hosted by Justin Hargett and Gabrielle Christie of Bearfoot Monty. Isaac Taylor’s music kicks back off at 5:00 as Raleigh’s Seabreeze Diner brings their shimmering indie-rock to warm up attendees for a night full of high-energy music. Chapel Hill’s J Rowdy & The Night Shift will perform second with their gripping full band hip-hop performance heavily driven by The Night Shift’s jazzy instrumentation and Rowdy’s thought-provoking lyricism. The evening will close with Charlotte’s psych-pop auteurs Ancient Cities. But the party doesn’t end there, as Live at City Laundry will be hosting our electronic dance party blow-out as Tymellord, Yen and Stvtic Cheez spin some bass-heavy dance tunes. Admission to the after show is $5 and will feature visual projections by The Undrgnd’s Jacob Burke.

For further information on Bernaroo or to participate as a volunteer/vendor, send an email.