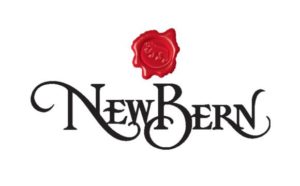 “It’s encouraging seeing success in North Carolina’s travel and tourism industry throughout the state and we are looking forward to further growth in the coming year,”  said Mary McGee, Director of the New Bern-Craven County Convention and Visitor Center. “We hope to see an increase in domestic travelers to Craven County with our targeted advertising and marketing efforts in 2016.”

Governor Pat McCrory announced in May that visitors to North Carolina set a record in 2015 spending a total of $21.96 billion, representing a 3 percent increase from 2014. State tax receipts as a result of visitor spending rose 6.1 percent to top $1.1 billion. Visitors spent more than $60 million per day in North Carolina in 2015, adding nearly $4.9 million per day to state and local tax revenues. The state’s travel and tourism industry directly employed more than 211,000 North Carolinians in 2015. Each North Carolina household saves an average of $475 in state and local taxes annually as a direct result of visitor spending in the state.

“All eight economic development regions of the state had spending growth of 2 percent or more, and 91 percent of the state’s counties saw direct tourism employment growth from 2014 to 2015,” said Wit Tuttell, Executive Director of Visit North Carolina. “Tourism continues to be a major driver of economic development across North Carolina, which is the sixth most-visited state in the country.”

Visit North Carolina is a unit of the Economic Development Partnership of North Carolina with the mission to unify and lead the state in positioning North Carolina as a preferred destination for travelers and film production and in maximizing economic vitality statewide. Additional statistics from “Economic Impact of Travel on North Carolina Counties 2015,” can be accessed at Partners.VisitNC.com/economic-impact-studies.

The New Bern-Craven County Convention and Visitor Center continues to implement an innovative approach to attracting tourists to Craven County, positioning the area as a destination to excel in a highly competitive market. The Convention and Visitor Center welcomes visitors from all over the world each year interested in visiting historic sites and attractions in New Bern and Havelock, as well as business travelers, convention attendees, day-trip guests, campers, sporting event attendees and weekend getaway visitors.

For additional information on all Craven County has to offer, visit our website, VisitNewBern.com.