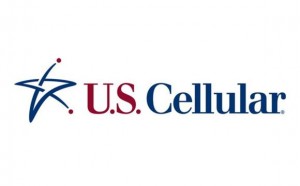 As kids seem to grow up faster in today’s digital age, parents are embracing wireless technology to help them feel secure and stay connected to their families throughout the day. While smartphones and tablets can simplify our lives, sometimes parents struggle with how much freedom to give their kids online as well as offline. A recent study by the Pew Research Center found that nearly three in four (74 percent) teens ages 12-17 said they access the Internet on cellphones, tablets, and other mobile devices at least occasionally, so conversations around safe Internet use are a good first step in discussing safe cellphone use.

June is Internet Safety Month, and given the vastness of the Internet, many parents wonder how they should monitor their children’s use of the web, whether it is on a computer or a smartphone. According to a recent U.S. Cellular survey, nearly half of parents (47percent) said their child has a cellphone, and the average age that children receive cellphones is 12 years old. The majority of parents establish cellphone rules, and two-thirds monitor their children’s cellphone usage, according to the same survey.

“At U.S. Cellular, we know that every family is different so we suggest having open discussions about what works best for your family’s Internet use,” said Jeremy Taylor, director of sales for U.S. Cellular in eastern North Carolina. “Mobile devices can help families stay connected, so we want to be a resource for parents as they make decisions on their child’s first cellphone and the Internet use that goes along with it.”

U.S. Cellular suggests the following tips for parents to help facilitate conversations about using the Internet on mobile devices:

Have an agreement with your child(ren). U.S. Cellular has created a Parent-Child Agreement to help guide families’ conversations about mobile phone usage. The agreement focuses on safety and etiquette, and is customizable based on each family’s specific needs.

Discuss online sharing.  Make sure your children know to never share personal information online, including their name, age, address, school or passwords. Remind them to communicate only with family or friends and not to answer unknown requests or texts.

Share photos appropriately:  Kids may not know that once photos are online they are part of a public space, and can even be modified without their knowledge.  Discuss appropriate use of sharing photos with friends and alert them to never post photos, which could contain information about where they live or be seen as inappropriate.

Use a protective app.  The U.S. Cellular Family Protector app provides safety and security by monitoring your child’s location and mobile usage. This service allows parents to review their child’s calls and texts, and restrict certain websites and apps. Children can also send their parents an alert with the simple press of a button if they are in trouble or find themselves in an uncomfortable situation.

¹Results are from a nationally representative online survey of 738 smartphone owners conducted by U.S. Cellular in partnership with Maritz Research from Nov. 12-20, 2014.

4G LTE service provided through King Street Wireless, a partner of U.S. Cellular. LTE is a trademark of ETSI.