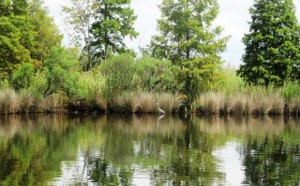 Late last week, the U.S. Environmental Protection Agency’s Office of Civil Rights (OCR) announced that it has accepted a complaint filed against the North Carolina Department of Environment and Natural Resources (DENR) under Title VI of the Civil Rights Act, and will proceed with an investigation of the State agency.

In September, the North Carolina Environmental Justice Network, Rural Empowerment Association for Community Help and Waterkeeper Alliance, supported by Earthjustice, filed a complaint with the OCR alleging that North Carolina’s lax regulation of hog waste disposal discriminates against communities of color in eastern North Carolina. The UNC Center for Civil Rights has joined as co-counsel with Earthjustice. The federal agency reviewed the complaint, and has now made the initial determination that an investigation is warranted.

The complaint is the latest chapter in a longstanding struggle to address the community health impacts posed by massive amounts of fecal waste from industrial hog facilities. Community members have repeatedly asked DENR for stronger protections, but are now seeking help from the EPA, stating that a recent decision by DENR to issue a permit that will cover thousands of hog facilities without adequate waste disposal controls violates federal law and civil rights.

“For too long, DENR has failed to fulfill its obligation to protect citizens from the negative impacts of the hog industry,” said Larry Baldwin, Concentrated Animal Feeding Operations (CAFO) Coordinator at Waterkeeper Alliance. “I am confident that the EPA investigation will find this to be true, and we look forward to having representatives come to Eastern NC to see the impacts first-hand.”

In January, a study published by researchers at the University of North Carolina and Johns Hopkins linked high levels of fecal bacteria in waterways to industrial hog operations. Researchers confirmed the source of the bacteria by testing for markers of bacteria that only come from pigs. In an interview with Environmental Health News, a spokesperson for DENR was dismissive of the study calling the results “inconclusive.”

The permit continues to allow industry to flush hog feces and urine into open, unlined pits and then to spray this “liquid manure” onto nearby fields. This practice leads to waste contaminating nearby waters. The waste also drifts as mist onto neighboring properties, causing unbearable odors. The impact is worsened by the growth of the poultry industry in the state and the piles of chicken waste that often sit uncovered on fields for days on end.

These operations are disproportionately located in communities of color where neighbors are forced to endure the smell, water quality impacts and the embarrassment associated with the facilities operating near their homes.

“We invited DENR to our Collaborative Problem-Solving workshops, which were funded by EPA, and even with that DENR has neglected to act on the problems that exist in these impacted communities,” said Devon Hall, Project Manager at the Rural Empowerment Association for Community Help (REACH). “I am glad that EPA has agreed to investigate this matter so that the voices of the people can be heard.”

“For decades North Carolina has known that practices for managing massive amounts of manure at industrial hog facilities are grossly inadequate,” said Marianne Engelman Lado, Earthjustice attorney and lead counsel on this case.  “Change is long overdue. We’re hopeful that EPA’s investigation will lead to the actions needed to protect the health of local communities.”