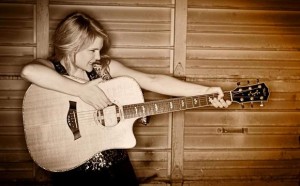 “Folksy, jazzy, bluesy in all the best senses of the words… a voice like cigarettes and the smoothest whiskey you’ve ever tasted.” – Stephen Markley, Chicago RedEye.

Lizzy Ross Band, touring professionally since 2009, is comprised of Luis Rodriguez on the guitar, Max Palmer on the drums, and Brett Hart on the bass. They’re equally at home in a pin-drop quiet listening room or rocking full-tilt on a late-night festival set. Lizzy Ross is a gifted vocalist, but songwriting is her first love and enduring strength. She cites such disparate influences as Guy Clark, Sam Cooke, and the Velvet Underground, landing somewhere in the middle with her country-soul roots and rock and roll spirit.

In July 2012, Lizzy Ross Band competed with 10 regional bands to win #2 at FloydFest’s Under the Radar Contest, earning a return spot on the FloydFest 2013 lineup. In April 2012, Lizzy was named a finalist and competed in the Kerrville, TX New Folk Songwriting Contest, whose past finalists include Steve Earle, Townes Van Zandt, Nanci Griffith, Lyle Lovett, and Lucinda Williams. In 2011, Lizzy was voted North and South Carolinas’ Best Rock Female of the year and received  an Emerging Artist Award from the Durham Arts Council. Also in 2011, Lizzy Ross Band’s debut release Read Me Out Loud earned a #1 spot on HGMN radio charts.