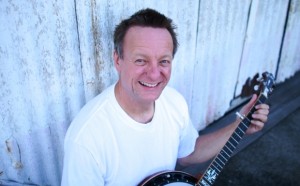 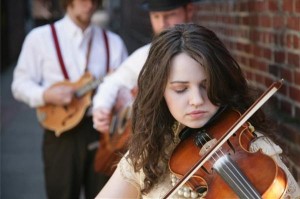 The Barefoot Movement is a quartet of immensely talented musicians from North Carolina and Tennessee whose music successfully melds Americana influences with the invigoration of acoustic modern rock and jazz. Drawing from the styles of southern front porch bluegrass, folk, acoustic rock, and old-time, The Barefoot Movement, with their original songs and interweaving harmonies, converge the old and new!

Part Southern gentleman, part humble artist, Barnes is being more than a bit self-effacing with this statement. Widely regarded as one of the most innovative and genre-bending artists of his craft, Barnes’ musical interests are both varied and adventurous, and he incorporates that versatility into a progressive approach to an instrument that is musically polarizing and steeped in tradition. Although he demonstrates an appreciation for the history of the bluegrass, country, and folk music from which the banjo’s reputation was born, his inventive take is what truly separates him from his contemporaries…using the banjo as his ‘weapon of choice’ to play non-traditional music like rock, fusion, and jazz with electronic percussion and loop elements. 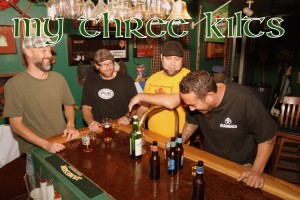 Photo provided by: My Three Kilts

My Three Kilts ain’t your grandpa’s Celtic music. We have as much in common with the Ramones as we do with The Dubliners. Combining traditional Celtic influences and instrumentation with punk rock influences, ideals and attitude, we play a unique brand of Celtic/Pub/Punk. Shows are punctuated with blasts of music and interactions with the audience.

Show begins at 9pm. No cover.

Open to the Public, Monday – Saturday from 6pm until.
No cover charge during non-entertainment hours and evenings.