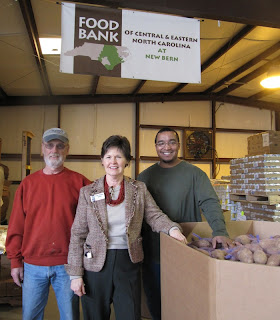 The other day I learned about the operations of the New Bern Branch of the Food Bank of Central & Eastern North Carolina.

Prior to the tour, I knew they collected food from community food drives. This is only one small aspect of their vast operation that serves Carteret, Craven, Jones, Onslow, and Pamlico Counties. 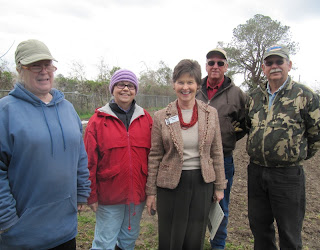 The New Bern Branch has a large Community Garden that is run by a volunteer force of Master Gardeners and other hard working individuals. I met Dewitt Sheffield, Sheila Weibert, John Krofchick, and Anne Ocorr. Community groups like the Boy and Girl Scout troops among others also volunteer. The garden harvests broccoli, cabbage, collards, onions, potatoes, sweet peas, turnips, and more. Last year, the garden yielded over 8,500 pounds of produce. 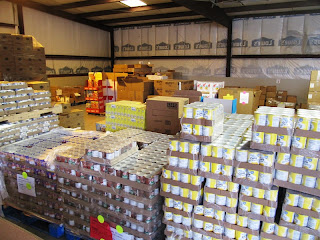 In 2009-2010, the Food Bank distributed 1,007,496 lbs of food to Craven County residents. They served 10,787 households and 23,687 individuals. Last year, they distributed over 600,000 pounds of products for disaster relief in the aftermath of Hurricane Irene while also continuing day to day operations of serving five counties.

You can make a difference and help Fight Hunger in Eastern North Carolina by:

Donating money. Every $1 donated equals $8 worth of food or four meals.

Donating your time. Volunteers are always needed for various positions.

Learn more about The Food Bank of Central & Eastern North Carolina by visiting their website or calling them at 919-875-0707.

Thank you, Mary Esther Baker for giving me the grand tour of your New Bern Branch!

Please feel free to comment below or send me an email. Thanks for visiting New Bern Now! Connect with us on Facebook.