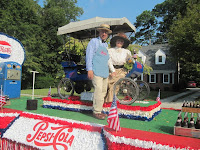 Yesterday’s Jubilee Parade wasn’t “just another parade”. Celebrating New Bern’s 300th Birthday, the parade was not only bigger than any other I’ve attended in New Bern, but it attracted and unified Foreign Dignitaries from Ghana and Switzerland! 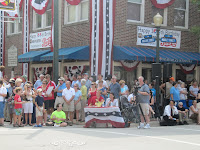 People from across the United States gathered on the streets of New Bern to participate in and/or watch the diverse procession.

As I resized the parade photos, I reflected back on meeting local residents, out-of-state participants, and Foreign Dignitaries. Looking at the photos, I’m happy for the opportunity to experience this unique occurrence. How many people can say they observed or participated in one of our Nation’s 300 year historical commemorations? 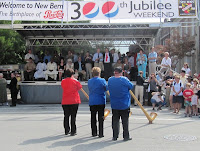 Many New Bern residents are aware of the historical significance of this great city, but the parade told a silent story of the history and the impact New Bern had on the rest of our Country!

Not only did Foreign Countries participate in the parade, but re-enactors dressed in periodic handmade costumes that outlined our history. They were African, European, Native American, Scottish, and many other re-enactors to include Caleb Bradham (Inventor of Pepsi-Cola) and North Carolina Militia re-enactors among numerous others. The parade represented residents from the 1700’s through New Bern’s present day.

The United States Marine Corps and the Young Marines presented colors. Besides the Swiss and Ghana representations, North Carolina state and local non-profits/businesses marched, enjoyed a ride on the float, and/or cycled the 1.3 mile parade route. 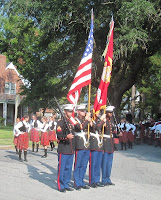 What a terrific parade! Thank you, Greg Smith, Thea Kincaid, the 300th Anniversary Committee, and all who volunteered and participated in this once in a lifetime event!