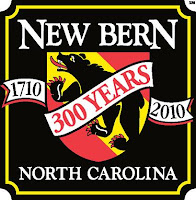 New Bern’s 300th Anniversary Celebration in cooperation with the Craven Arts Council and Gallery and the University of North Carolina Library at Chapel Hill is pleased to present the extraordinary photography of Bayard Wootten during the month of October. The exhibit opens at 6:30 pm on October 7 with a presentation by Jerry Cotten, author of “Light and Air: The Photography of Bayard Wootten”. A reception will follow the presentation.

Mary Bayard Wootten was born in New Bern in 1875 and after traveling throughout North Carolina and much of the South on a remarkable photographic journey, she died in New Bern at the age of eighty-four. She inherited her artistic abilities from her mother and her photography background from her father.

Although Wootten experienced gender discrimination within a profession overwhelmingly dominated by men, she found immediate kinship with other female photographers in the Women’s Federation of the Photographers’ Association of America which was formed in 1909. A major regional photographer and perhaps North Carolina’s most significant during the first half of the twentieth century, Bayard Wootten, along with other women photographers helped establish a larger foothold for women in the photographic profession. Her collection is housed in the North Carolina Collection Photographic Archives, University of North Carolina Library at Chapel Hill.

Come out and enjoy the Bayard Wootten collection at the Bank of the Arts, downtown New Bern on October 7 and learn more about this remarkable New Bernian. The collection will be on display through October 30.